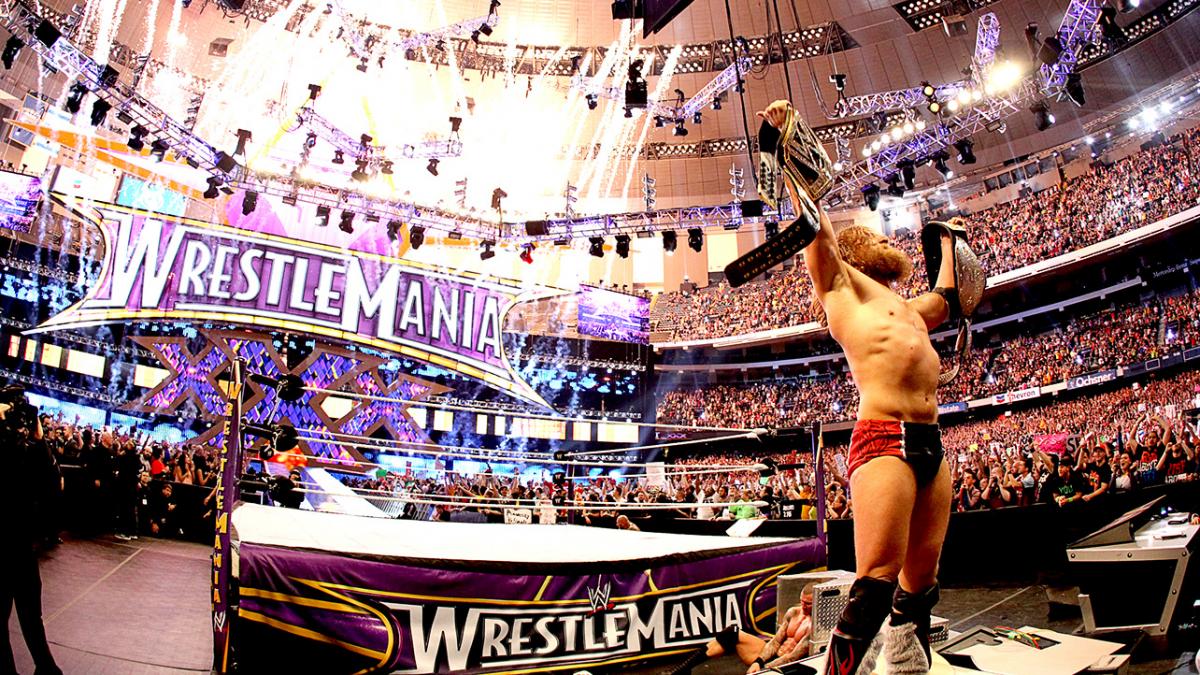 4. Daniel Bryan vs. Batista vs. Randy Orton at WrestleMania 30– The feud between Daniel Bryan and The Authority might be one of the best feuds that WrestleMania has ever had. The reason I say that is because Daniel Bryan wasn’t really in the plans for a WrestleMania main event. It was supposed the return of Batista, where fans could be happy to see The Animal again. Batista chose the wrong time to come back, as Daniel Bryan had taken the WWE by storm and the WWE Universe absolutely loved it. Bryan went through so many heartbreaks on the way to WrestleMania that it made fans so emotionally invested in him. The true story of the underdog finally had a storybook ending, when Bryan defeated Triple H earlier in the night to earn a spot in the main event. After being attacked after the match, Bryan’s chances of winning looked bleak. In the main event, Bryan took everything that The Authority threw at him and prevailed. Bryan and the WWE Universe chanting “Yes!” will always be one of the best closes to a WrestleMania.