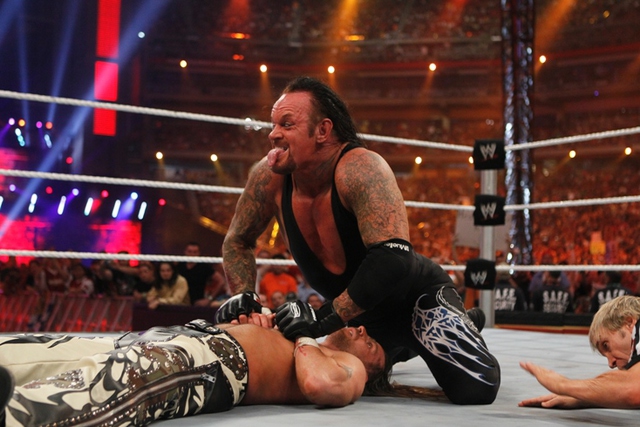 3. Shawn Michaels vs. The Undertaker at WrestleMania 26– The stipulation of The Streak vs. The Career really turned up the heat in a match that was expected to have the fans on the edge of their seats. The match wasn’t the most technically-sound match I’ve ever seen, but the emotion and big moments made up for it. Fans couldn’t picture HBK or The Undertaker losing, which made every two-count that much more intense. When Undertaker hit the final Tombstone Piledriver needed to defeat Shawn Michaels, the crowd realized what had just happened. The Undertaker stayed undefeated at WrestleMania, but Shawn Michaels’ career was over. This match was an amazing match because of the two competitors in the match.