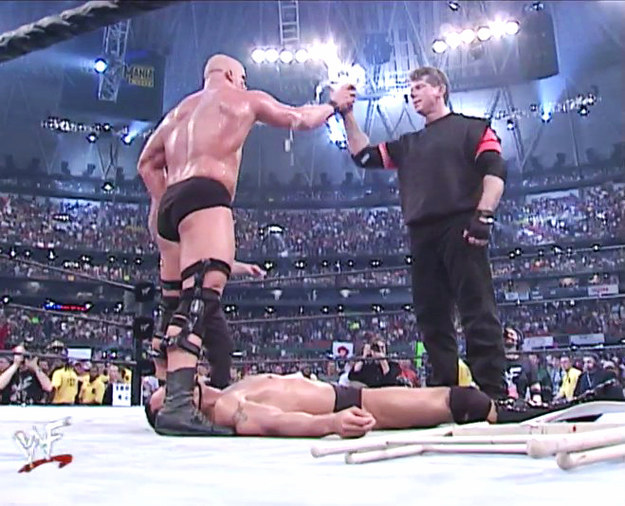 1. The Rock vs. Stone Cold Steve Austin at WrestleMania 17– The greatest feud of “The Attitude Era” and potentially the greatest feud of all-time shocked everyone watching the main event of WrestleMania 17. In a match that was action-packed, Mr. McMahon assisted the Texas Rattlesnake to victory. McMahon gave Austin a chair and after a few kick-outs by The Rock, Austin lost it and delivered numerous chair shots to The People’s Champion. The chair shots were enough for Stone Cold to win the match. After the match, Stone Cold and Vince McMahon shook hands and celebrated by drinking cans of beer over The Rock. The craziest turn of events happened at this WrestleMania, as the two biggest enemies in the history of the WWE joined forces at The Grandest Stage of Them All to defeat The Rock.