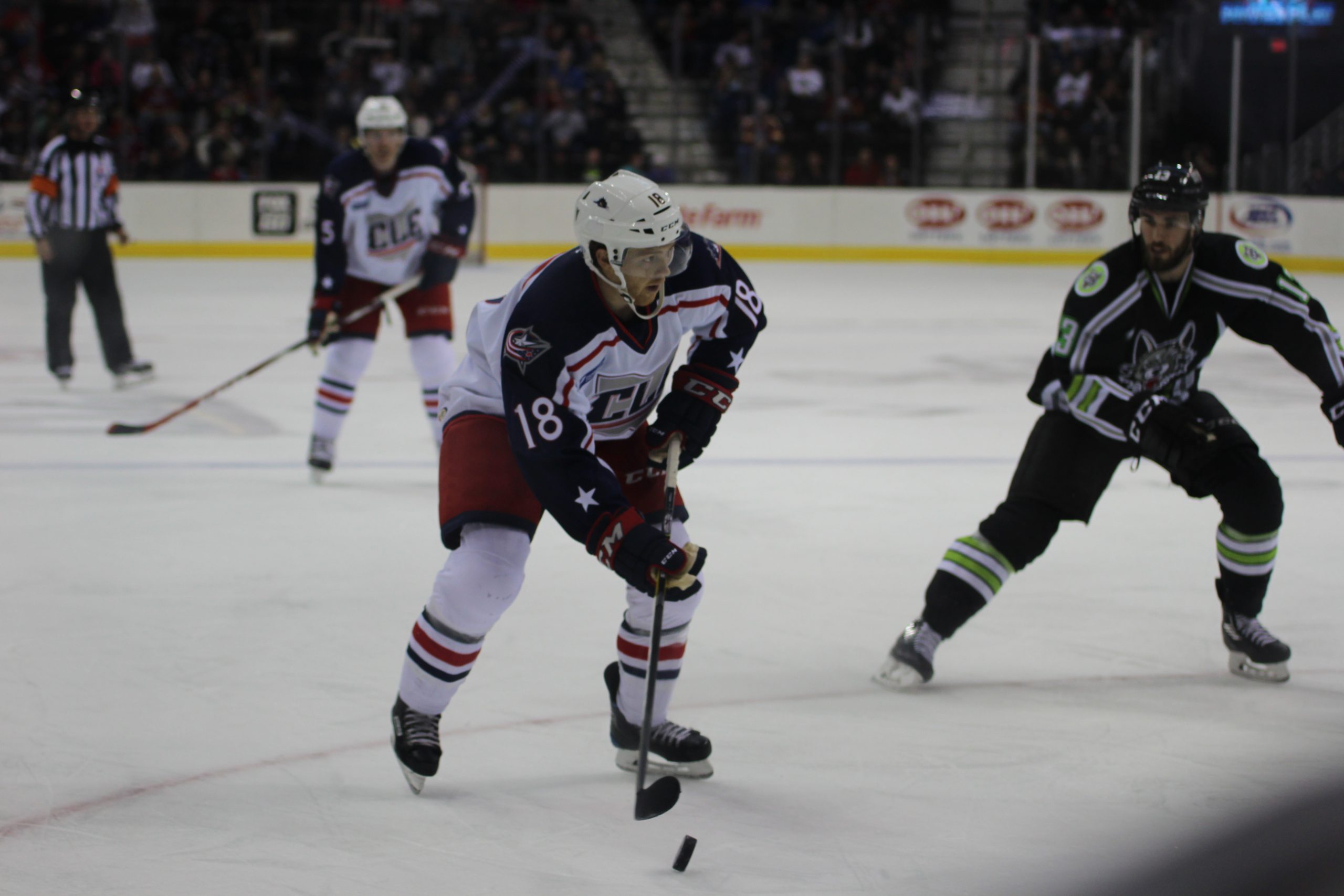 ROSEMONT, IL – The Cleveland Monsters were defeated by the Chicago Wolves on Wednesday at Allstate Arena in Rosemont, IL by a final score of 4-2. With the loss, Cleveland fell to 24-22-2-4 overall this season and with a .519 points percentage, remain alone in fifth place in the AHL’s Central Division standings.

The Monsters claimed a 1-0 lead when Markus Hannikainen tapped an even-strength opportunity past Chicago netminder Pheonix Copley at 1:14 of the first thanks to Alex Petan’s lone assist.

The Wolves responded with a Petteri Lindbohm five-on-five goal at 2:38 to tie things at one apiece before Chicago claimed their first lead at 11:21 of the opening period when Magnus Paajarvi deposited a power-play tally past the left shoulder of Cleveland backstop Joonas Korpisalo to make it 2-1 Wolves heading into the middle stanza.

Top Monsters scorer T.J. Tynan banked an even-strength marker off Copley’s left leg pad, and a Wolves defenseman, at 16:42 of the second to pull Cleveland into a 2-2 tie with Jaime Sifers and Dillon Heatherington collecting assists on the play. Then in the final frame, Wolves defenseman Vince Dunn buried a power-play tally at

Then in the final frame, Wolves defenseman Vince Dunn buried a power-play tally at 10:15 to make it 3-2 Chicago before a Chris Butler empty-netter at 18:10 sealed a 4-2 victory for the home team.

Korpisalo fell to 7-6-3 in net for the Monsters despite a 20-save performance on Wednesday while Copley improved to 7-3-1 between the pipes for the Wolves by virtue of a 23-save showing.

Next up for the Monsters, it’s a Friday road clash vs. the Charlotte Checkers with full coverage, live from Bojangles Coliseum in Charlotte, NC, underway at 7:15 pm on 99X and the Monsters Hockey Network.