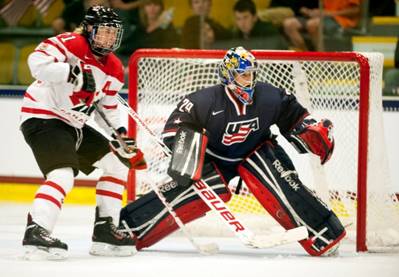 Both 90-minute sessions will include: 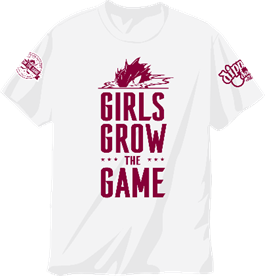 Participants can enroll online with just a $10 donation to the Monsters Community Foundation, which includes a specialty Monsters Girls Grow the Game T-shirt and a signed photo of McLaughlin. General COVID-19 health and safety protocols will be in effect for both sessions with additional information available here.

A four-year starter at Robert Morris University, McLaughlin began her hockey career in Northeast Ohio graduating from Elyria Central Catholic High School before embarking on her professional career with the NWHL’s Buffalo Beauts. McLaughlin earned numerous accolades throughout her career including two Olympic Silver Medals with Team USA at the 2010 and 2014 Winter Olympic games, as well as two Gold Medals (2011, 2013) and one Silver Medal (2012) at the IIHF Women’s World Championships.

The Monsters Girls Street Hockey Clinics are an extension of the team’s Grow the Game initiative which was established in 2017 to introduce new players to the sport of hockey while limiting barriers to entry. This inaugural girls-specific event is the first of several that will shine a light on the existing female hockey community in Northeast Ohio. Future events will be both virtual and in-person with the objective of highlighting the impact of women in hockey while connecting local girls and women with opportunities in Northeast Ohio.