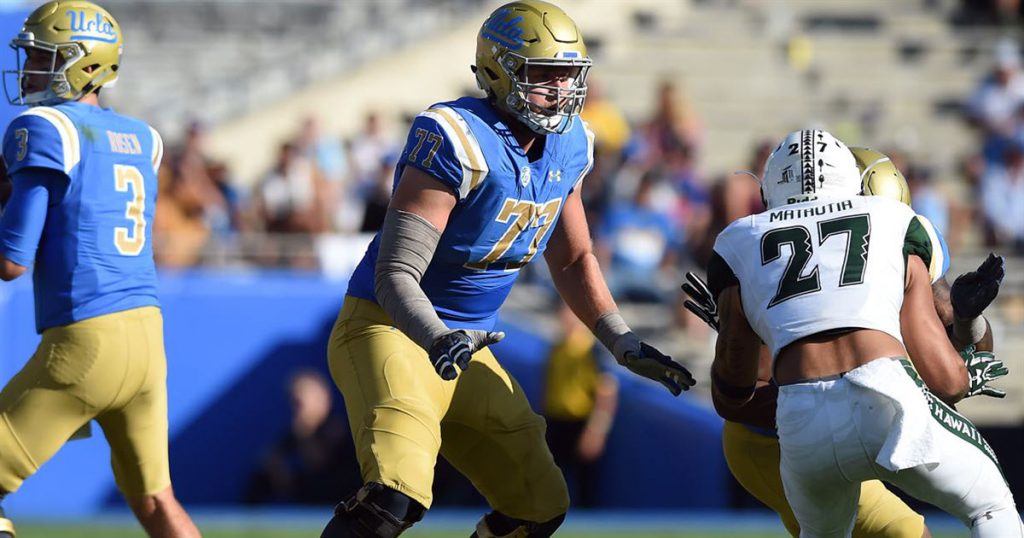 Tom Brady will be 41 this season and they lost Solder to protect his blind side. The draft is weak at tackles so finding one early to make sure he can be protected is paramount.

Carolina needs help at CB especially going up against the QBs in their division. Hughes did not test the best but he can be a good value in the range.

Pass rushers are going to thin out fast and Orakpo and Morgan are not the youngest guys on the team by any means. Landry looks natural in a 3-4 which is a hard transition for a lot of players.

The Falcons lost a couple of starters on their defensive line so while I’d love to see them get an OG here, Dan Quinn would love to fix his defense even more.

Drew Brees wishes he had Jimmy Graham back because he has not quite been the same since losing his big go to weapon. The front office needs to find him another weapon to throw to.

Pittsburgh needs a LB to replace the hole Ryan Shazier left. Evans fills the need in the middle perfectly.

The LB to potentially replace Posluszny are gone at this point so they could turn to the offense. They invested into TE with free agency so they could look to find a WR to replace Allen Robinson. Since the Jaguars tend to draft players I love, watch them draft Sutton as a big body target with a similar skill set to Robinson.

Minnesota could go for a corner here with a lot of talented ones falling down the board. They could also go with one of the extremely talented interior lineman too. Wynn would be the best player of those positions still available.

New England could address the QB situation here and get the fifth-year option on the QB but is there one really worth it at this point? I would take one of the best available players and get a deep threat in Moore after trading away Brandin Cooks.

The fifth-year options on QBs mean a lot. While New England is still in win-now mode with Brady and QB can take a step back compared to improving other positions for a win now, Arizona has no backup plan and may be more desperate to get ahead of New England in the second round. Philadelphia doesn’t pick until the fourth round after 32 and the pick will have a lot of value as the last one with the option so Arizona gives up a second and third to get the QB.