PREVIEW: Cavs look to pull past Pacers in Game 5 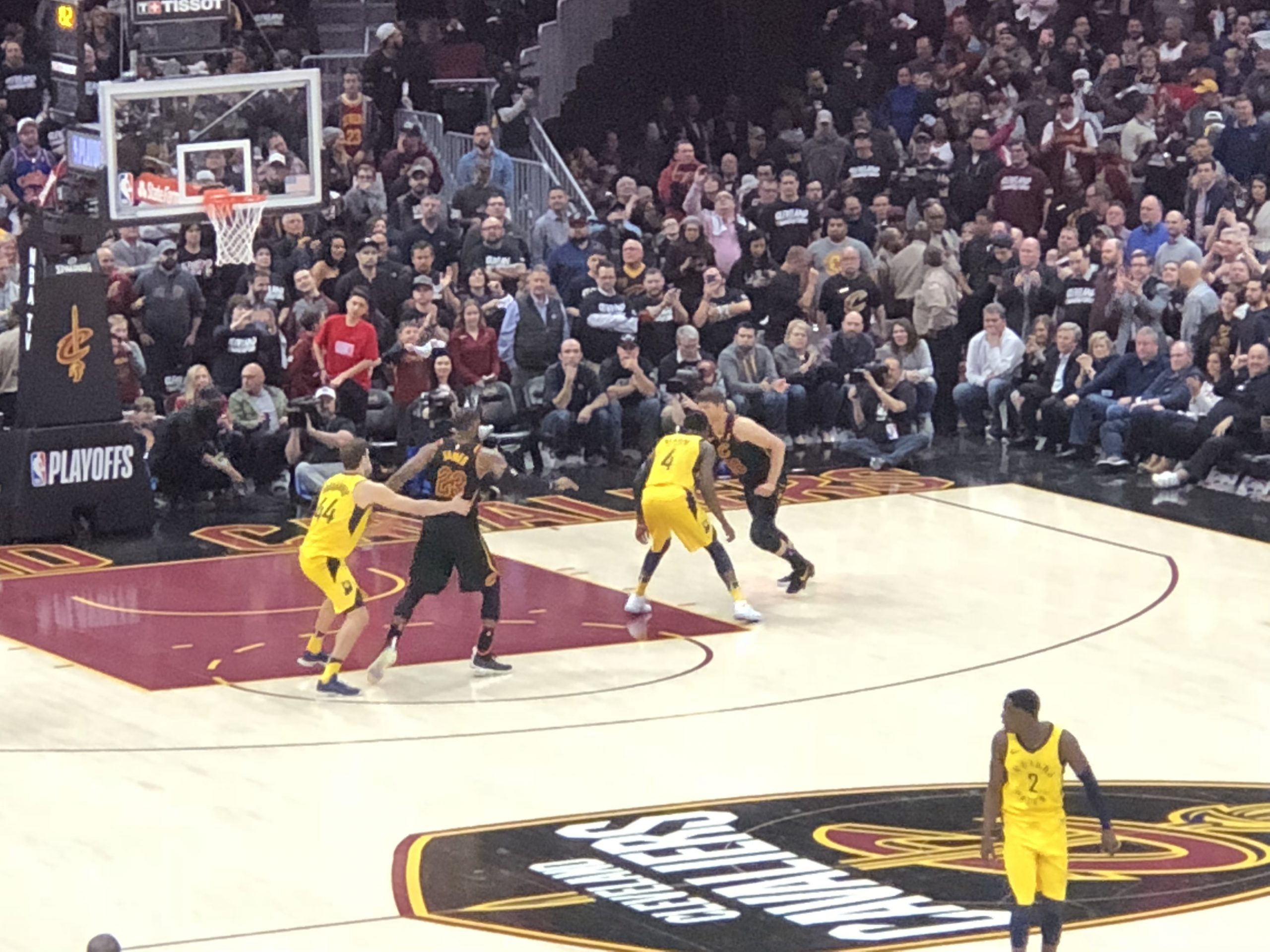 CLEVELAND– Home sweet home. The Cavaliers return to Quicken Loans Arena for Game 5 against the Indiana Pacers. After splitting two games in Indianapolis, this opening round series is tied, 2-2.

1. I get by with a little help from my friends

In Game 4, the Cavs proved that a little help from their role players goes a long way. On Sunday, Kyle Korver put up 18 points and both Jordan Clarkson and J.R. Smith put up 12. Those scoring efforts were enough to go along with LeBron James’ 32 points, 13 rebounds and seven assists.

James has arguably been the only constant for the Cavs this series. But as Sunday showed, if different role players can step up in spurts, it’s just enough to take the pressure off James a little bit more and forces Indiana to pick their poison.

It still isn’t clear if George Hill will be able to suit up tonight, as he continues to deal with back spasms. If you need a refresher, Hill was injured in Game 1 of the series when he was blindsided by a Trevor Booker screen. In the third quarter of Game 3, he reaggravated the injury.

Hill has been receiving treatment for the spasms and even got four injections in his back between Games 3 and 4. Of course, Hill was still unable to go for Game 4, but yesterday, he participated in shooting drills at practice.

If he is able to suit up, he will provide the Cavs with some much-needed length on the perimeter.

The Cavs are the worst postseason team when it comes to third quarter scoring at 18.8 points per game.

In the last three games, the Cavs have blown halftime leads of 12, 17 and 10 points. This has been an issue all year and the team has yet to figure out a root cause. But Indiana has proven that they are more than capable of mounting a second half comeback.

Regardless of what the cause is, the Cavs are running out of time to figure out what exactly causes these lapses. Even if they advance against Indiana, it’s only going to come back to bite them in later rounds.