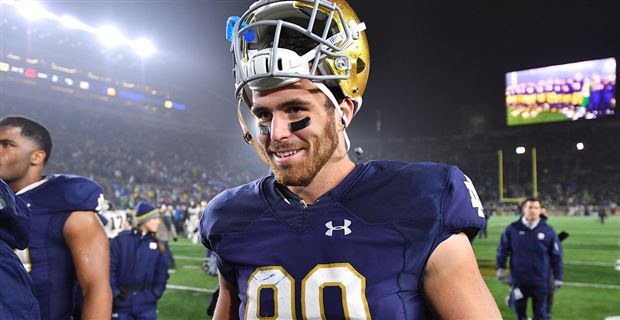 Tyler Eifert has proven that he can’t stay healthy enough to be consistently relied on.

Sanders and Thomas are not holding the fort down much longer.

From earlier the Browns give up their fourth-round pick to move into the end of the fifth round too. Paul Richardson needs replaced for a big-play threat opposite Baldwin.

Allen Robinson is coming off an injury and Taylor Gabriel is a slot guy. Trubisky needs to be surrounded by weapons.

Some of their safeties are moving to corner so the opening for a playmaker in the backend is there now.

Somebody other than Ansah to consistently be a pass rusher is needed.

Does it get any more Ozzie Newsome than this?

Falk is a gunslinger like Rivers to learn from for the next few years as he transitions out of that Washington State offense.

Harrison comes with character and size concerns but the Seahawks need help on the line and his upside could be incredible.

Kyle Williams is getting up there in age so getting an eventual replacement for him comes now.

The CB situation in KC has changed a lot. They need depth.