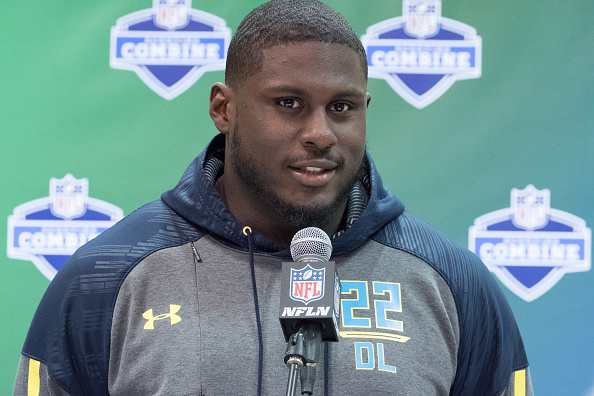 Johnson is another penetrating three-technique defensive tackle that could find his way in the NFL. His Combine numbers did not blow anyone away but you watch some of his tape and he looks like he can be a monster.

He has a non-stop motor and great hands that can let him get to the football. He needs to work on staying lower to the ground but if he can fight through it he has a shot.