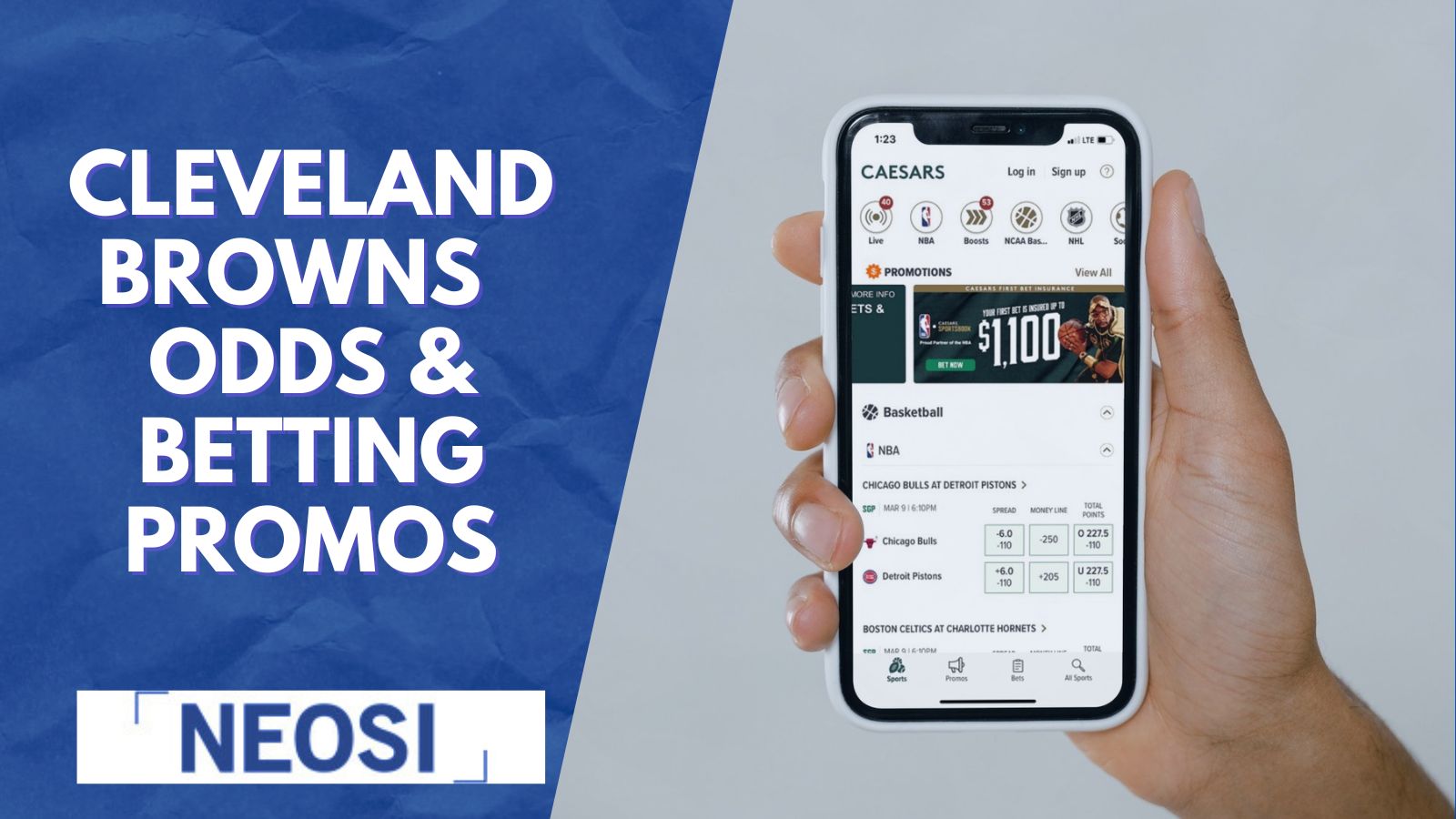 The bittersweet Week 18 schedule arrives with an all-important AFC North clash between the Pittsburgh Steelers and Cleveland Browns.

The Steelers (8-8 straight up, 9-6-1 against the spread) are still walking the elimination tightrope but can grab the final spot in the AFC playoff picture with a win and some help from other teams on Sunday. On the other hand, Cleveland (7-9 SU, 8-8 ATS) has already been eliminated, but can still play spoiler and prevent their division rivals from sneaking into the postseason.

Below, we break down the Browns vs. Steelers odds, plus the latest storylines surrounding each team as they enter this divisional showdown.

*Browns vs. Steelers odds as of January 6.

Oddsmakers have listed Pittsburgh (priced between -140 and -145 on the moneyline) as a 2.5-point favorite against Cleveland. The Browns’ moneyline (ML) odds range from -120 to -122 for this contest.

Although the Steelers have recently picked up their act (5-1 both SU and ATS over their last six contests), DraftKings bettors are still split on which way to go in this divisional matchup. 52% of moneyline tickets and 53% of spread bets have been placed on the Black and Gold.

Ohio sportsbooks have set the Browns vs. Steelers total (Over/Under) at 40.5 points. The Under has hit in each of the past six Browns contests, and has hit in four of the past five Steelers games. It could be worth rolling the dice on another Under for these low-scoring teams this weekend.

The Browns walk into Pittsburgh with nothing to play for, yet we still expect to see the starters out there.

One of those starters is quarterback Deshaun Watson, who was supposed to be the savior of Cleveland, but has been an utter disappointment since his debut in Week 13 against the Houston Texans.

Watson is coming off a nine-completion outing last week against the Washington Commanders that resulted in just 169 passing yards. Impressively, though, a third of those passes went for touchdowns, with Amari Cooper hauling in two of them.

Cleveland’s quarterback is averaging 174.4 yards through the air on 56% passing and has topped 170 yards passing in just one of five games.

DraftKings Ohio bettors can take Watson to fall short of his 208.5 passing yards prop at -115 odds in Week 18, while also grabbing a welcome bonus from one of the industry’s top sportsbooks.

Register Now to Score up to $1,200 in Bonuses at DraftKings Ohio → Claim Now

Whether it’s been Jacoby Brissett or Watson under center, the leader and driver of this offense has of course been Nick Chubb, who strung together another 100-plus yards on the ground last week.

The Steelers’ run defense is one of the best in the NFL, but when it faced Chubb back in Week 3, it was the Browns running back who prevailed to the tune of 113 yards and a touchdown.

Pittsburgh knows that if you shut Chubb down, you also shut the offense down. Expect this matchup to hold a lot of weight in how this game plays out.

Harris’ Uptick in Production Has Lifted Pittsburgh Back into Playoff Race

The Steelers have climbed out of the AFC basement and into the playoff race with the help of running back Najee Harris. The Steelers back averaged 45.1 rushing yards per game on 3.3 yards per carry and scored three times over his first eight appearances.

However, once he started handling a bigger load in the second half of the season, not only did he run more efficiently (4.2 yards per carry), but the team began to win more games.

As a result, Harris scored six times and has averaged 74.1 rushing yards per game over his last eight outings, including a season-high 111 yards on the ground last week against the Baltimore Ravens. He now faces one of the softer run defenses in the league in the Browns.

Ohio bettors can back Harris to score a touchdown at -126 odds at Caesars Ohio. You’ll also get your first bet fully insured up to $1,500. If your first bet is on Harris scoring a touchdown, and he doesn’t score, then you’ll get your money back as a single bet credit!

Some of the Steelers’ recent success can be attributed to the defense. With TJ Watt returning to the defensive unit in Week 11, Pittsburgh has once again become one of the league’s best defensive units, holding opponents to 16.85 points per game and allowing just one opponent to score more than 17 points since his return.

Watt has contributed with four sacks over his last six appearances. He’ll need to bring that same kind of pressure on Sunday to force an inaccurate Watson to make poor decisions with the football.

The countdown is now over. Sports betting in Ohio is now legal in the Buckeye State as of Jan. 1, 2023. Legal online sports betting is available in about two dozen US states, including many in the Midwest, and top-rated sportsbooks are now live with launch offers in Ohio.

Ohio residents can take advantage of the amazing live offers listed below.

There are some amazing betting bonuses available to Ohio bettors who register with the top sportsbooks.

Caesars Sportsbook is one of the most popular mobile sports betting brands in the world and its success starts with a wide variety of betting promotions and rewards. Caesars Ohio has one of the best launch welcome bonuses in the state.

Sign up with Caesars Ohio promo code SHARPBET1BET to get up to $1,500 on Caesars. If you lose your first bet, you’ll receive a bet credit matching the total value of your wager (up to $1,500).

FanDuel dominated the Daily Fantasy Sports world before becoming one of the nation’s leading players in the online sports betting space. FanDuel offers various daily and sport-specific promotions for both new and existing players.

The sportsbook is also giving new Ohio bettors a lucrative welcome pack of sign-up bonuses: Sign up with our exclusive click-to-claim registration link to unlock a 40-1 odds boost bonus. Simply bet $5, and get $200 in bonus bets – win or lose.

In celebration of NFL Week 18, BetMGM Ohio Sportsbook bonus code SHARP offers First Bet Insurance up to $1,000 to new users that follow our exclusive link. BetMGM site credits will land in your account if your initial wager is unsuccessful.

Click to claim up to $1,000 in Site Credits at BetMGM Ohio Sportsbook

DraftKings is a top dog in the sports betting space, offering its users one of the most pleasurable betting experiences in the nation. The Boston-based sportsbook has you covered with a top-graded mobile betting app, the industry’s most competitive betting odds, and frequent promotions that appeal to bettors of all types.

This means DraftKings will match 20% of your first deposit, up to $1,000. If you want to squeeze every last drop out of the bonus, then you’ll have to deposit $5,000 to receive the full $1,000 bonus. The promo does come with a 25x playthrough requirement, which means that for every $25 you wager, you’ll unlock $1 in bonus funds. So, if you want to capitalize on these welcome offers, then your best bet is to deposit closer to $5,000 than $5.