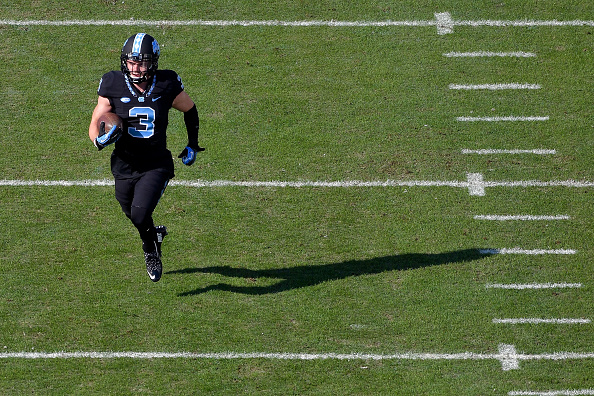 There were some other good WRs I would have liked to put here such as Cooper Kupp, Chris Godwin, or Zay Jones but I don’t think any of them are truly sleepers anymore. Switzer is a day three player because he will only be a slot receiver and returner and has size limitations, but his talent at what he does is tremendous.

He had seven touchdowns on punt returns in college including five his freshman year. He has elite footwork and the ability to stop on a dime and reroute which is crucial for the NFL. He was in the top two for both shuttle drills at the Combine for WRs showing he has amazing agility and his 4.51 40 gives him enough speed as a slot guy. If he gets in the right fit he can overcome some of his physical limitations that haunt him.