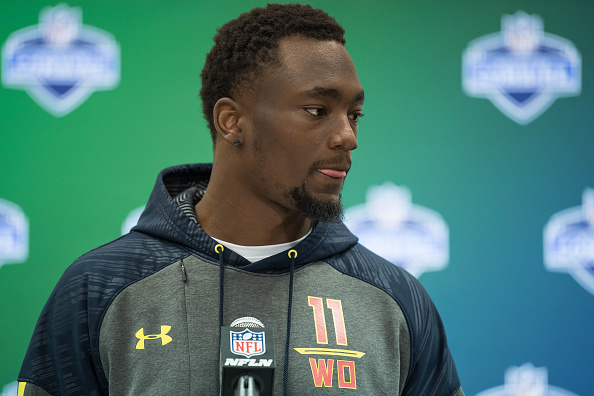 The Titans make the smart move and after not getting any WRs to help Marcus Mariota in free agency, they move down from five, gain some assets, and grab one of the top WRs. Tennessee wins all around.

The Cardinals end up going with a QB here by default. While there are a lot of good CBs here that can go, losing Sidney Jones with an injury pulls a clear-cut franchise CB out of immediate contention. With the top two WRs gone, John Ross plays the same style of receiver that the Cardinals already have in John Brown and JJ Nelson so that becomes murky too. Palmer is close to retirement so they suck it up and just grab their future QB now.

The Eagles took themselves out of the WR market by signing Alshon Jeffery and Torrey Smith. If you want to compete in the NFC East you better find somebody that can help take out the weapons at receiver in a pretty loaded division with the top two RBs gone.