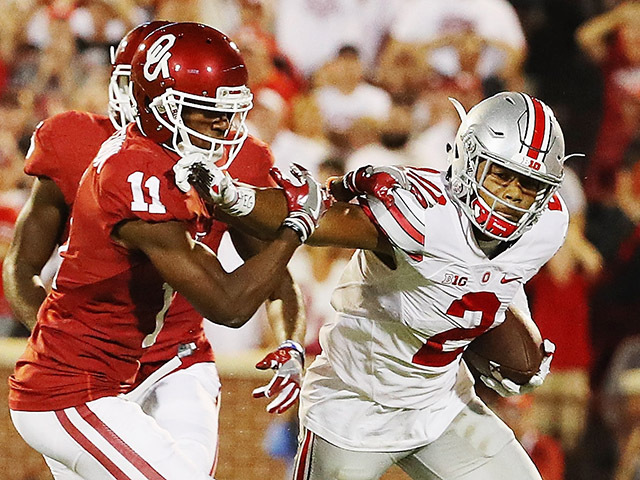 With Trubisky off the board the pick of going secondary just became a whole lot easier for New York. They need a corner bad and Lattimore is the top corner with Jones suffering an Achilles injury.

The Chargers struck gold with a Buckeye last year in Joey Bosa and they might be able to do it again this year with Malik Hooker. San Diego resigned their SS but still have a big hole at FS. Hooker fits that role and becomes a nice match for the Chargers as they take a sigh of relief that he is still on the board.

The Panthers get a little bit of a luxury pick here and McCaffrey would seem to be a nice compliment to Stewart. Stewart is getting older and is a more traditional runner while they can put McCaffrey in space and use him in other roles and possibly have both on the field at the same time. He’s a special talent that can climb on draft day although eight might be a little high.