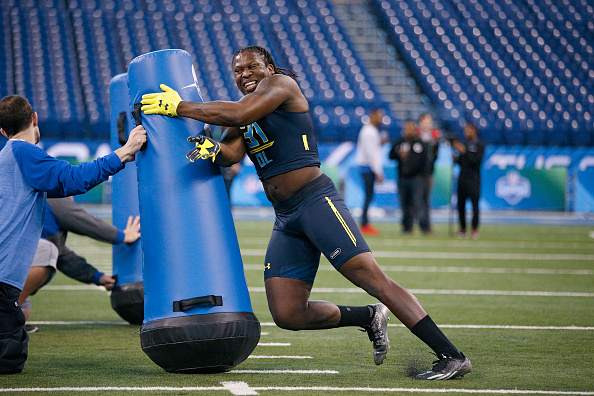 It’s amazing that James Harrison is still able to play in the league at his age let alone the level of play he still has. Pittsburgh does need to find a replacement soon as Jarvis Jones failed to pan out.

The Falcons have a chance to add another young pass rusher to go with Vic Beasley and it would be hard to pass up one of these young edge guys like Harris.

Don’t underestimate the value of a fifth year option for a potential future franchise QB. The Bears may have to worry about the Jets or 49ers taking one ahead of them to begin round two with the projected Browns trade as well. Combine those reasons and the Bears give up an extra pick to get their QB. The Saints needing an army of picks to fix that defense get an extra drt and will still have their choice of some special defensive players that could have went day one.