Warriors Defeat Mavericks and Head Back to the NBA Finals 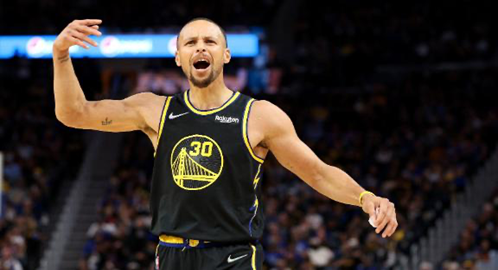 SAN FRANCISCO – Heading into Game 5, the Dallas Mavericks were 3-0 in elimination games in the playoffs. They were looking to continue their streak and avoid being eliminated from the playoffs. Meanwhile, the Warriors looked to secure another spot in the NBA Finals in front of their home crowd.

Both teams were able to get off to a fast start in the second. Shots from inside the paint and outside the arc were falling. After a few minutes, Dallas began to slow down. However, Golden State kept its foot on the gas. They were able to snap off multiple scoring runs in the quarter. Klay Thompson and Jordan Poole were a tremendous help. Thompson continued his hot start by dropping 11 points in the second quarter. Jordan Poole added 12 of his own in the period. Spencer Dinwiddie was about the only offensive bright spot for the Mavericks. He finished the first half with 17 points. The score heading into halftime saw Golden State with a lead of 69-52.

Golden State continued to stretch their lead early in the third quarter. Klay Thompson continued to torture the Dallas defense as well. The Warriors stretched their lead to 25 points. Midway through the quarter, the Warriors had assisted on 26 of their 31 made field goals throughout the game. However, Luka Doncic and the Mavericks began to get in rhythm. Dallas ended the third quarter on a 15-2 run. This cut the Warriors’ lead to 10 points by the end of the quarter. Luka Doncic played a key role in the quarter. He finished with 15 points of his own to extend his total to 21 for the game. At the end of three, the score was 94-84 Golden State.

Heading into the fourth, Dallas was looking to complete the comeback and stay alive in the playoffs. Golden State had different ideas. The Warriors went back to their methodical offense and moved the ball all around the court. They saw an impressive performance from Kevon Looney in the fourth. Looney pulled down 7 rebounds in the quarter. Out of those rebounds, 4 of them were on the offensive side. This gave Golden State multiple second chance opportunities. The Mavericks were not able to continue their offensive flow. This caused them to lose their grip on the game. When the final buzzer sounded, Golden State won the game by a score of 120-110. They advance to their sixth finals appearance in the last eight seasons.

The Warriors will await the conclusion of the Eastern Conference Finals to see who they will face off against. Game 1 will be on Thursday, June 2nd at 9PM EST in Golden State.

Curry averaged 23.8 points, 7.4 assists, and 6.6 rebounds per game throughout the series.

Celtics Take Down Heat in Game 5 to Go Up 3-2 in Eastern Conference Finals
Our Salute to one of Ohio’s Finest on Memorial Day Weekend, Sharon Ann Lane, First Lieutenant, US Army Nurse Corps