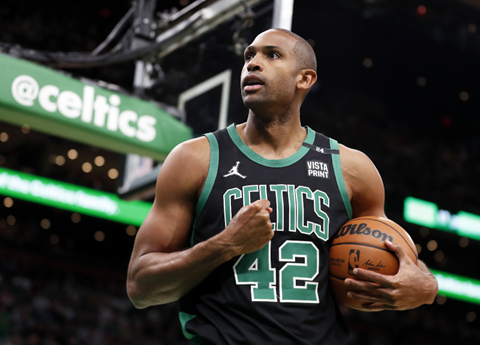 BOSTON –  Game 1 of the NBA Finals was Thursday night in Golden State. The Warriors are looking to go back on top of the NBA mountain. Boston on the other hand is coming in with zero total games of Finals experience throughout the roster. Al Horford in particular, holds the record for most playoff games without an NBA Finals appearance. Game 1 was set to be a wild ride.

The second quarter saw much of the same play as the first. Golden State and Boston were trading baskets early in the quarter. However, Boston got in a groove halfway through the quarter. Boston went on to outscore Golden Stae 18-6 in the closing minutes of the quarter. They were getting everyone involved on the offensive end. The one bright spot offensively for Golden State in the quarter was Otto Porter Jr. He put up 9 points in the quarter for the Warriors. At the end of the first half, the score was 56-54 Boston.

With the first half ending with a tight game, the second half was set out to be much of the same. Golden State had different ideas, however. They got it going on both ends of the floor in the third quarter. Their defense clamped up on the Celtics’ offense. They forced 5 Boston turnovers in the quarter. On the offensive end, they did not seem to slow down. At one point, the Warriors went on a 7-0 run to extend their lead to 11 points. At the end of the third quarter, the Warriors held a comfortable 12-point lead. The score was 92-80.

Golden State was looking to seal the game in the final quarter. Boston’s offense would prove that the Warriors would not have it easy. To start the quarter, Boston went on a 9-0 scoring run. This cut the Warriors’ lead to just 3 points. The Warriors could not find any offensive rhythm throughout the quarter. Meanwhile, Boston continued their offensive onslaught. Throughout the final 6 minutes of the game, the Celtics outscored the Warriors 20-5. Boston was hitting threes at a record level. They shot 9-12 from beyond the arc in the final quarter. The Celtics outscored Boston 40-16 in the quarter. The 24-point margin tied the largest point differential in NBA Playoff History. The Boston came out with the big Game 1 victory 120-108.

The Warriors look to bounce back and even up the series before it heads to Boston. The NBA Finals Game 2 is on Sunday, June 5th at 8PM EST. You can tune-in to the game on ABC.