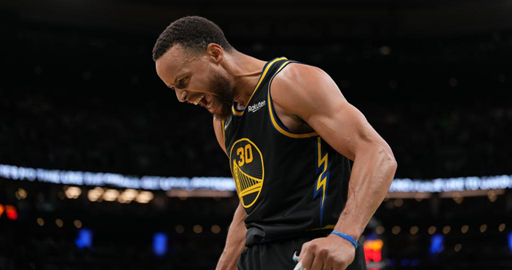 Heading into Game 4 of the NBA Finals, the Boston Celtics held a 2-1 lead in the series. They were looking to take advantage of home court and take a commanding 3-1 series lead. Only 1 team has ever come back from a 3-1 deficit in the NBA Finals. The Warriors on the other hand were looking to tie the series as it heads back to San Francisco for Game 5.

The first quarter had its ups and downs for both teams. The Celtics jumped off to a quick start going up 12-6 in the early minutes. The Warriors quickly answered to tie the game at 12. The teams would trade baskets for the rest of the quarter. Stephen Curry, who avoided significant injury in Game 3, put up 12 points in the opening quarter for the Warriors. Jayson Tatum of the Celtics added 12 of his own points. Both teams struggled with turnovers. Each team had 4 turnovers in the first quarter. Boston held a narrow lead at the end of one. The score was 28-27.

The second quarter got off to a slow start. Neither team scored until more than 2 minutes into the quarter. Jordan Poole started off the scoring for the Warriors. He dropped 8 points in the quarter for Golden State. Midway through the quarter, Boston found a groove. They went on a 10-0 scoring run to take a 7-point lead. Jaylen Brown was the main source of offense for the Celtics. He put up 10 points in the second quarter. Boston continued to have turnover struggles. They added another 6 turnovers in the second quarter. Despite their offensive miscues, Boston held a 54-49 lead heading into the break.

The Warriors were looking to continue their third quarter dominance that they have had throughout the series. They got off to a quick start hitting 2 quick baskets. For the remainder of the quarter, Boston retained the lead. That was until Stephen Curry caught fire. He hit 3 triples in the closing minutes of the quarter. He led Golden State in scoring with 14 points in the third quarter. Golden State outscored Boston 30-24 and led 79-78 heading into the fourth quarter.

Heading into Game 4, the Celtics had outscored the Warriors by 40 points in the fourth quarter throughout the series. Another big fourth quarter would put them in prime position to win the game. Boston had the start the were looking for. With just over 7 minutes to play, they held a 6-point lead. Golden State then began to disrupt the Celtics offense. Throughout the final 5:15 of the game, Golden State held Boston to just 3 points. Stephen Curry had yet another double-digit scoring quarter. He scored 10 points in the final quarter to close out the game for the Warriors. Golden State went on to win the game by a final score of 107-97.

The Celtics will look to continue their winning ways coming off a loss in the playoffs. They are 7-0 in the playoffs in games following a loss. Golden State will look to take advantage of homecourt. Game 5 will be on Monday, June 13th at 9PM EST. The Warriors open as 3.5-point betting favorites. You can tune-in to the game on ABC.