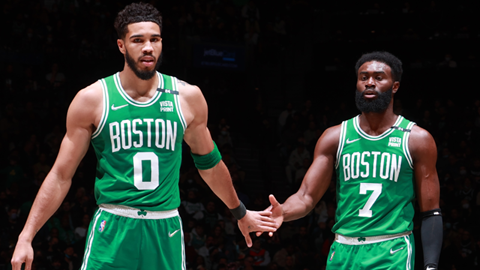 MIAMI – Game 5 of the Eastern Conference Finals was a big game for both teams heading into Miami. Miami was 7-1 at home in the playoffs coming into the game. Boston was an impressive 5-2 on the road in the playoffs heading into action Wednesday night. Going up 3-2 in a best-of-seven series is particularly important. Teams have gone on to win the series 85% of the time after going up 3-2. This game was going to be hard fought from the beginning.

The first quarter started off as an offensive stalemate. The first points were scored after two and a half minutes had gone off the clock. It was Boston that put up seven of the first nine points of the game. This gave them an early 7-2 lead in the first. Both teams continued to struggle to score many points in the first quarter. Miami shot 9-24 from the field in the first. Boston was not much better as they only got seven of their seventeen attempts to fall. The Celtics also had six turnovers in the first period. At the end of the first, the score was 19-17 Miami.

The second quarter did not offer much offense much like the first. Both the Celtics and Heat struggled to gain any serious momentum. The highest scorer for either team in the quarter had seven points. Al Horford for the Celtics, and Caleb Martin for the Heat. Neither team was shooting over 40% from the field by halftime. The Celtics were only shooting 39% compared to 38% for the Heat. With a low-scoring affair, the Miami Heat led 42-37 at the break.

The third quarter was par for the course for the Heat. They continued to hit shots from the field. However, it was the opposite for the Celtics. Boston started off the third quarter on a quick 8-0 run. This gave them a 45-42 lead early in the third. Jayson Tatum scored 9 points in the third for the Celtics. Jaylen Brown and Al Horford each added 6 points of their own. Boston grabbed the momentum by going on a 10-0 run to end the quarter. This gave them their largest lead of the night heading into the final quarter. The score was 69-58 with one quarter left to play.

The Celtics picked up right where they left off in the third quarter. They started the fourth by going on a 14-2 run. This extended their lead to 23 points. Jayson Tatum and Jaylen Brown took over the game for the Celtics. Only two of the twenty-four points scored in the fourth for the Celtics, came from someone other than Brown or Tatum. Jayson Tatum finished the night for the Celtics coming one assist away from a triple-double. Jaylen Brown played a key role as well. He had a game-high 25 points for the Celtics. The second half proved too much to handle for the Miami Heat. They were not able to get any closer to the Celtic after the third quarter. The final score of the game saw Boston taking the game 93-80.

Boston will look to close out the series and make their first NBA Finals appearance since 2010. Game 6 will be on Friday, May 27th at 8:30PM EST in Boston. You can tune-in to the game on ESPN.