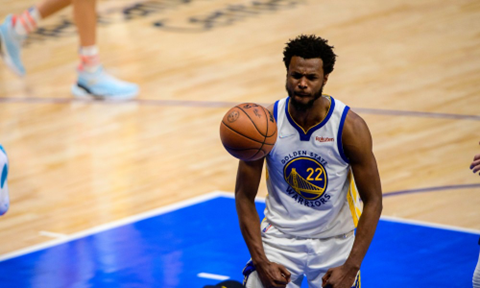 After coming off a Game 4 victory in Boston, the Golden State Warriors looked to capitalize on their home floor. Golden State held an incredible 10-1 record at home during the playoffs coming into Game 5. Boston on the other hand had yet to lose back-to-back games in the playoffs. Both teams were looking to take a pivotal 3-2 lead in the series.

The first quarter saw the Boston Celtics get off to a slow start. They trailed early and could not seem to get any offense going. They were down by 24-8 with just over 2 minutes to play in the quarter. The Warriors’ defense was brutal for the Celtics. The Celtics coughed up the ball 4 times in the opening quarter. Golden State also held Boston without a 3-point field goal for the entirety of the first. The Celtics also shot just 35% from the field. Jayson Tatum was the only bright spot for Boston in the quarter. He shot 3-3 from the field and led the Celtics with 6 points after the first quarter. The Warriors defense and ball movement on the offensive end propelled them to a 27-16 lead at the end of one.

The Warriors were looking to continue their dominance on defense in the second quarter. They did just that. They did not allow Boston to make any of their first 12 3-point shot attempts. Golden State forced Boston into 5 more second quarter turnovers. The Warriors got a helping hand from Andrew Wiggins on the offensive end. He led the Warriors in scoring in the quarter with 8 points. Wiggins has had an impressive start to his first finals appearance. He was averaging just above 14 points per game throughout the first 4 games of the series. At the end of the first half, the Warriors had a 51-39 lead.

With the way the third quarter has gone so far in the series, Golden State was looking to put the game away early. They had dominated the Celtics in every aspect of the game during the third quarter in the first 4 games of the series. Boston had a reversal of fortune in Game 5, however. The Celtics got off to a fast start to the quarter. They went on a 10-0 scoring run within the first two minutes of the quarter. This cut their deficit to just 2 points. With 6:28 to play in the quarter, Al Horford gave the Celtics their first lead of the game. This capped off a 19-4 scoring run to start the quarter for the Celtics. Klay Thompson caught fire for the Warriors in the quarter. He hit a couple of 3-pointers that snapped the Warriors streak of 13 straight missed 3-point field goal attempts. Unfortunately for the Warriors, he had to exit the game shortly after due to foul trouble. This opened the door for Jordan Poole. Poole hit a running 3-pointer at the buzzer much like in Game 2. His basket gave the Warriors a 75-74 lead heading into the final quarter.

While holding on to just a 1-point lead, the Warriors were looking to close out the Celtics in the fourth. After letting up on their big lead in the third, the Warriors defense stepped up once again in the fourth. The Warriors offense started off the quarter by going on a 10-0 scoring run to extend the lead to 11 points. Their offense created a spark for the team, and the Warriors never looked back. Their defense caused Boston to have 4 fourth quarter turnovers in critical minutes. Andrew Wiggins put an exclamation point on the game for the Warriors with a vicious dunk. With the help of Wiggins’ big game, the Warriors defeated the Celtics by a final score of 104-94.

Stats of the Game

Golden State Warriors forward, Draymond Green, fouled out in Game 5. This is his third game of the series in which he has fouled out. He is the first player to do so since Dale Davis back in the 2000 NBA Finals. Davis was a member of the Indiana Pacers as they lost the series 4-2 to the LA Lakers.

Golden State Warriors superstar point guard Stephen Curry is known to be the greatest shooter of all-time. He broke the record for most 3-pointers in a career this season. He also holds the record for most 3-pointers made in the season. However, Stephen Curry did not make a single 3-point basket in Game 5. This was the first such game, regular and postseason, since 2019 in which he did not make a 3-pointer.

The NBA Finals shifts back to Boston for Game 6. It will be on Thursday, June 16th at 9 PM EST. The Celtics open as a 4.0-point betting favorites. You can tune-in to the game on ABC.