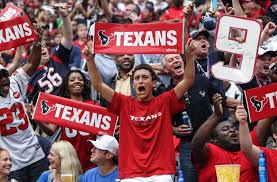 Seven yards. That is how many yards the Eagles gained rushing the ball against the Dallas Cowboys on Sunday. As of now this team is the most disappointing to me after the additions made at QB and RB, late season emergence of Jordan Matthews last year, and Chip Kelly’s so-called genius brand of football. If this team can find a way to move the ball on the ground then maybe we will see a jump, but as of now things do not look pretty in the city of brotherly love.

Maybe once this team gets Arian Foster back we may finally start to see a sign a life out in Houston. Ryan Mallett threw the ball 58 times. More than likely, that is not a way to win your team a football game – no offense to Mallett but the Texans are desperate for any sort of production.

Regardless of their win against the Dolphins, Jacksonville still has a long crawl out of the bottom of our list. Some good performances by Allen Robinson and Blake Bortles are good building blocks to a successful season and hopefully they continue to produce.