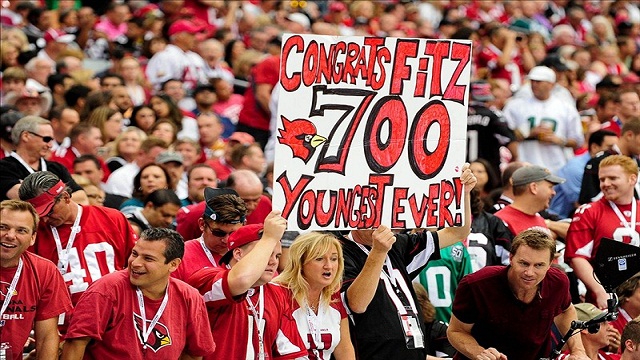 Early favorite for Comeback Player of the Year, Carson Palmer, torched the Chicago defense – tossing four TD’s on the day. The Bears did not stand a chance in this one, and putting this squad in the Top 3 is almost a no brainer after the offense continues to put up big numbers.

The Bengals have had an impressive two weeks to start the season. So-much-so, that they jump from the bottom of the Top 10 into the Top 5. Some of that has to do with poor performances by some other teams, but we cannot overlook a strong outing from Giovani Bernard on the ground that compliments a very good passing game directed by Andy Dalton who threw for 3 TD’s against San Diego.

That was a close one. Thanks to an extremely costly fumble by Jamaal Charles, the Denver Broncos found a way to escape Kansas City with a W in their pockets. However, if C.J. Anderson can’t get things going in the run-game don’t expect this defense to be able to bail them out of every close game.