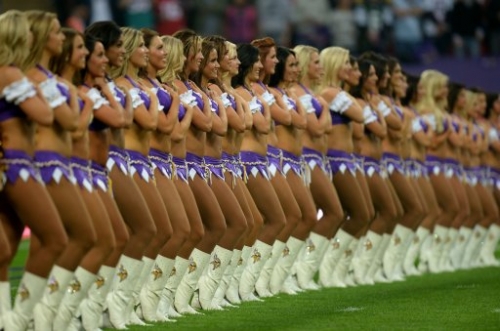 Following a rough start to the season, Adrian Peterson finally saw some high volume touches and was a major factor in the Viking’s win over the Lions. Not a test, but perhaps a pop-quiz is the right terminology to describe their next challenge at home against a San Diego team looking to redeem themselves after a tough loss.

In a shoot-out in Oakland, the Ravens left with a few more flesh wounds than the Raiders resulting in a loss. In order for this team to stop from falling into the dreaded Bottom 5, a victory over the 2-0 Bengals for Baltimore’s home opener will have to be the case. Oh, and by the way Steve Smith Sr. can still start in a fantasy line-up. (10 catches, 150 yards)

“Costly Penalties” – could be the name of a book written to describe the outcome in this one. Despite a heavy passing attack orchestrated by Ryan Tannehill, the Dolphins found a way to lose. I will not overreact to the validity of this team and therefore they did not drop as far as a squad that was beaten by bottom tier team.