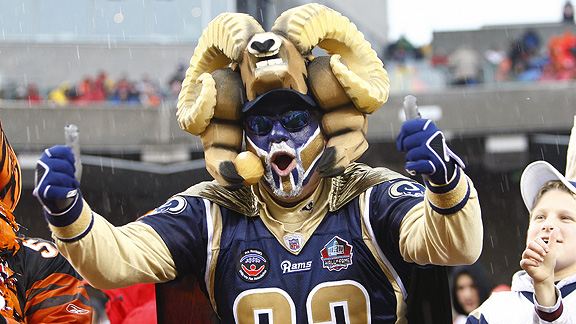 Combining for three TD’s on the day (2 throwing, 1 rushing) Cam Newton has given fans in the Carolinas hope that this team can keep the streak going as they host a struggling New Orleans team next week. Keep an eye on this game as Newton has the potential to put up some big numbers against the Saints.

“Andrew Luck and the Colts will start 0-2 in 2015” – said no one ever. An unpleasant surprise to me as a Luck fan, but this team just cannot seem to get into any sort of rhythm. The offensive line gets tossed around and expensive veterans Frank Gore and Andre Johnson need to be the playmakers the Colts paid them to be or this team is in trouble.

I have a feeling Matt Jones was not on the Rams scouting report. The Redskins RB ran all over the St.Louis defense and finished with two TD’s and a buck twenty-three on the ground. Hopefully, the team’s investment in Todd Gurley will pay off sooner rather than later as they look to take advantage of a frail Giants team this week.