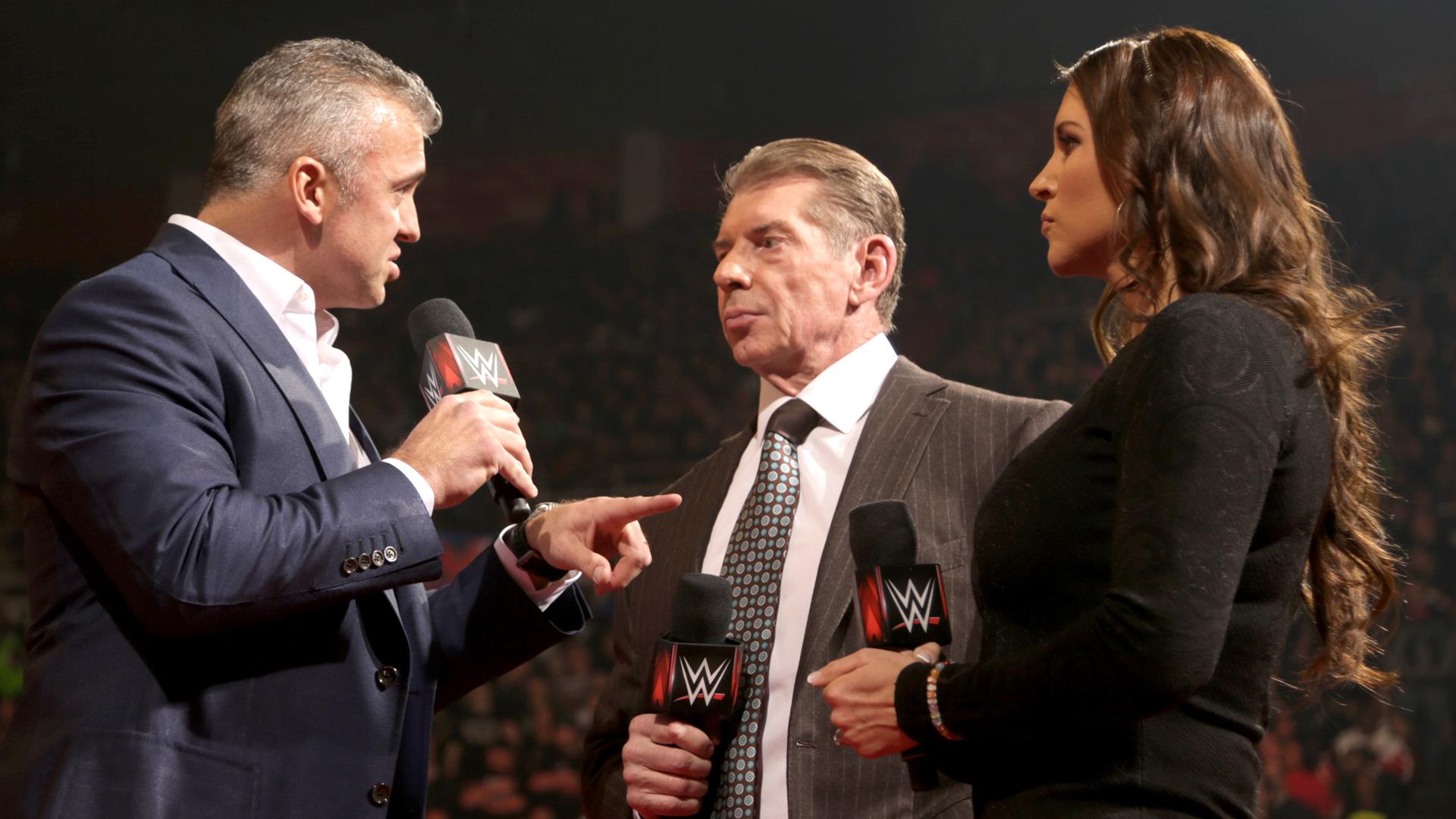 A night after a rather so-so Fastlane PPV in which fans walked away mostly upset at the outcome due to Roman Reigns winning the WWE Title shot at Triple H at WrestleMania 32, Monday Night RAW delivered a HUGE shock at the start of the show that made it a game changer when it comes to the WWW’s biggest event on April 3rd.

The surprise was the return of Shane McMahon, who showed up in the opening 32-minute segment for the first time on WWE TV for six years. He played the role of face (good guy) to his heel sister Stephanie, who was getting the newly created Vincent J. McMahon Legacy Award, presented by her father, Vincent K. McMahon.

The award presentation was spoiled by Shane, and the storyline played out that Shane had helped his dad and the WWE out, giving him a loan, which therefore makes him part of the company.

He asked for control of Monday Night RAW, to which his dad said he would give him – IF he won a match at WrestleMania – against The Undertaker – in a Hell in a Cell.

Shane agreed, and therefore another HUGE match for the supercard is in place.

While that was a highlight, the other major development was the playing out of the match between Dean Ambrose and Brock Lesnar in what will be a no-holds barred Street Fight.

All in all, RAW was a game changer that is making the event in Dallas a LOT better than it was just 24 hours ago.