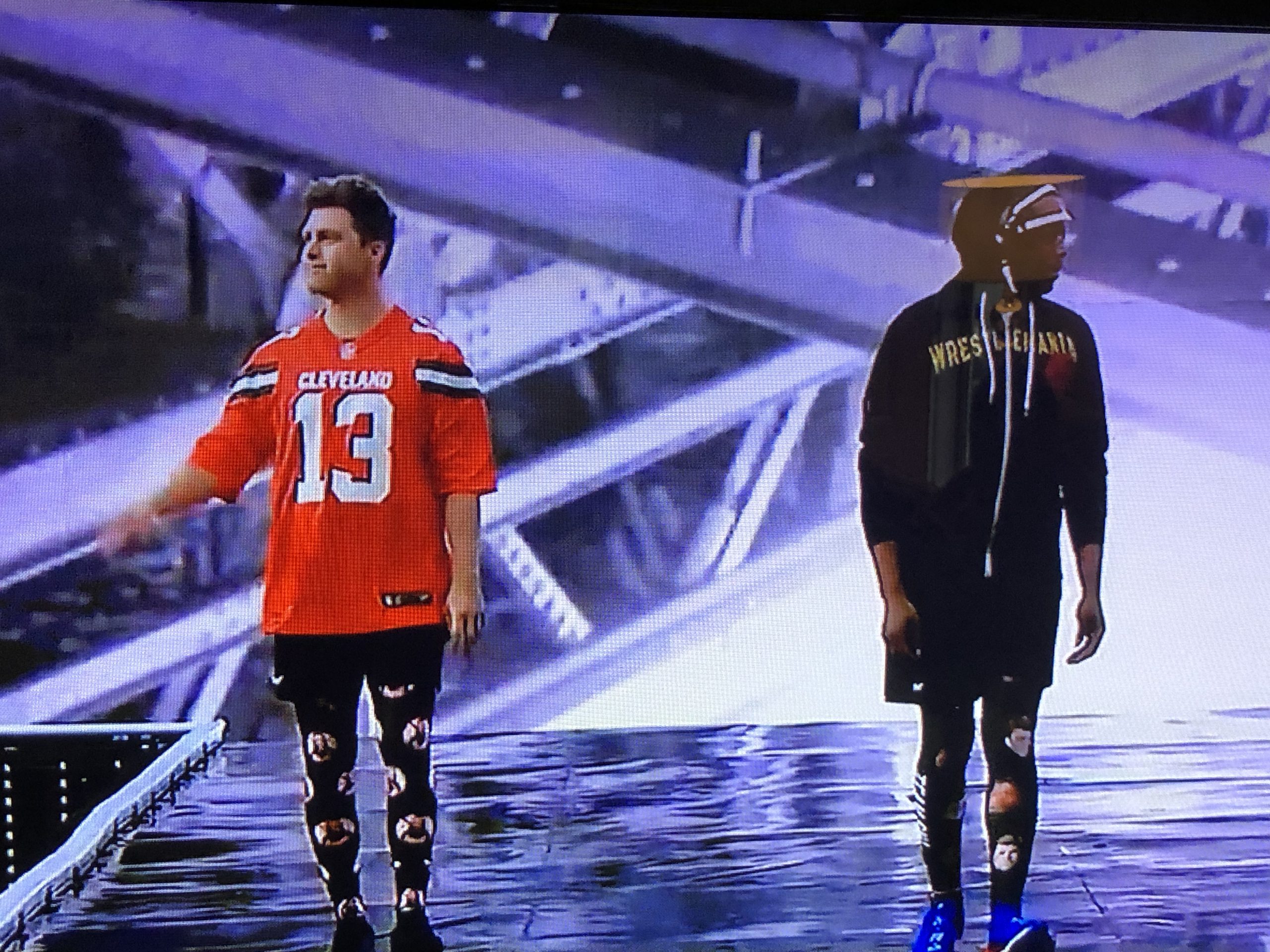 Today is WrestleMania 35 at MetLife Stadium in New Jersey, home of the New York Jets and New York Giants.

It didn’t take long for there to be a Browns presence at the annual wrestling super event, as in the “Andre the Giant Battle Royale” a weekend update host from Saturday night used new Browns wide out Odell Beckham Jr. to fire up the crowd.

Colin Jost from ‘Saturday Night Live’ came to the ring in a new Browns #13 Beckham Jr. jersey, with of course the intentions to tick off Giants fans who might be in attendance.

Jost and Michael Che were special guests in the match, which was won by Braun Strowman, who threw out Jost last to win the match.

Here’s a couple pics of Jost wearing the Browns jersey: 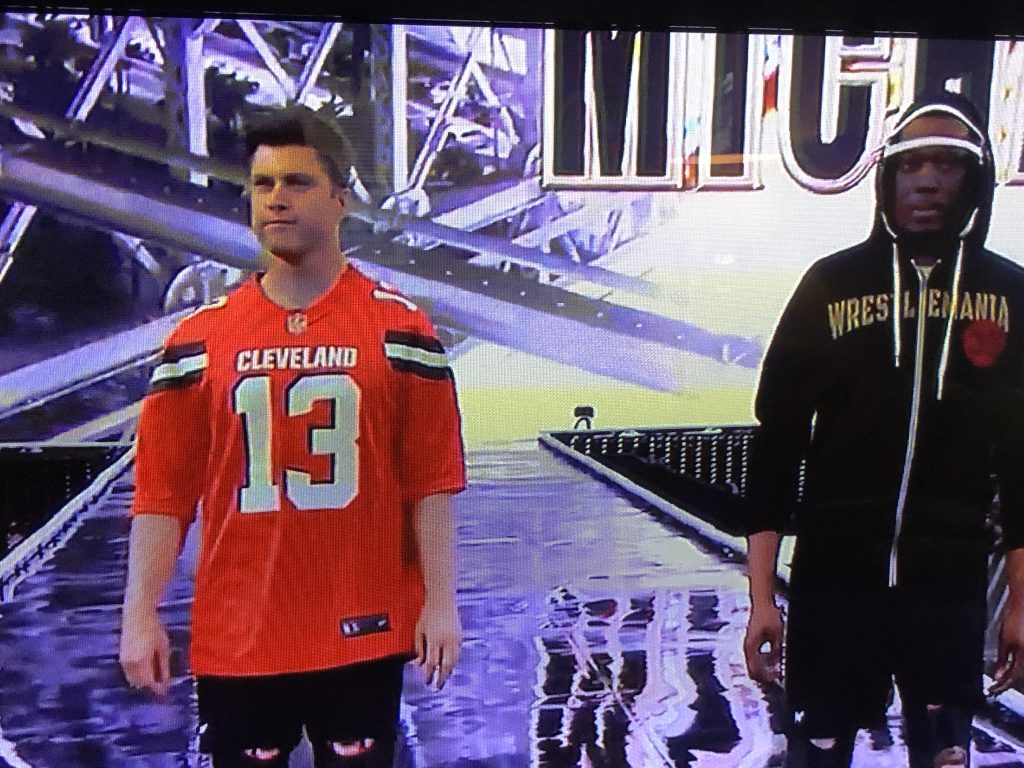 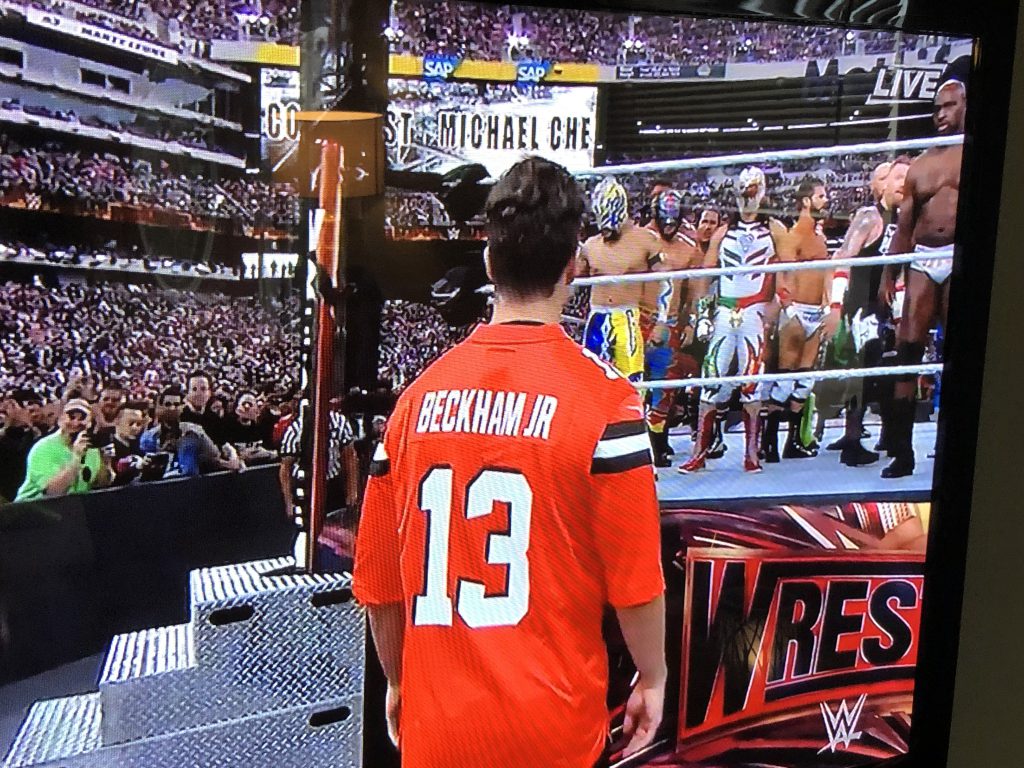