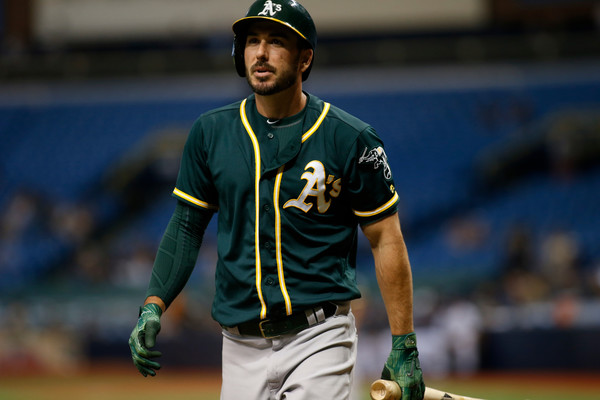 As the spring moves along, one player that won’t be breaking camp and making the big league roster for the Indians is that of outfielder Matt Joyce.

Joyce, who inked a minor league deal with a chance to compete in spring training for the Tribe to earn a roster spot back on February 8th, was told today by manager Terry Francona that he won’t be making the teams’ opening day roster.

Francona: Indians have informed Matt Joyce that he won't make the opening day roster. Told him to take a day and assess things, see if there might be other opportunities elsewhere, then see what happens.

The move is not much of a surprise, as Joyce was not exactly hitting the cover off the ball this spring, going 11-for-27 (.185) with no homers and three RBI.

With the emergence of Oscar Mercado and Daniel Johnson, the Indians outfield still has a long way to go, but some of the young players are pushing for jobs, making for tough decisions for the front office and Francona with just two weeks left before the opener.