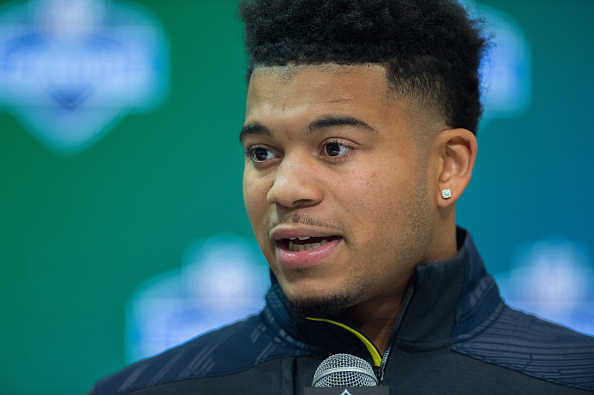 In order to be a cornerback in the NFL, you have to be fast enough to cover the more athletic WRs and TEs that are coming around. Tabor is not fast. He ran a 4.62 40 time at the Combine and then a 4.75 at his Pro Day where most people usually run faster.

If his 4.75 40 was correct, 14 defensive lineman had a faster 40 at the Combine and only four WRs/TEs ran slower. The lightest of them was 253 pounds, over 50 pounds heavier than Tabor. He also has drug suspensions at Florida and the lack of speed is not going to translate well for him. He may need to be in a zone dependent scheme to have any success.