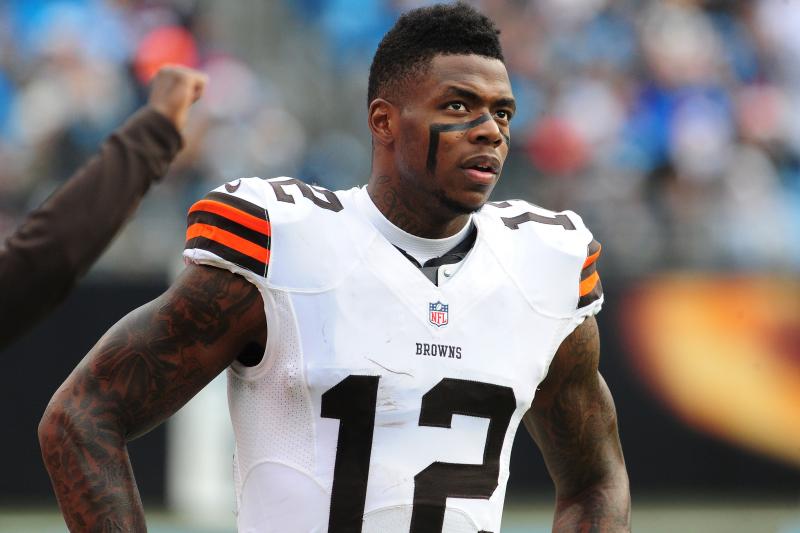 An Ohio woman filed formal charges against the Browns receiver this week and is seeking paternity and ultimately child support for the two year old child that allegedly belongs to the troubled Cleveland Brown.

On Friday Cleveland.com reported that Kristen Leonard had filed the formal charges and is awaiting a hearing that is docketed for May 16. If the findings are positive and Gordon is the father, Leonard will be seeking support.

“We hope to resolve this matter quickly and amicably so my client’s child can have the benefit of being supported by both parents,” Kelly M. Zacharias, the mother’s lawyer, told Cleveland.com.

It’s the second such case involving Gordon since 2015.

If you remember Gordon was arrested for failing to respond to similar allegations in the past and he had violated the NFL’s substance abuse rules that have prevented the wide out from playing in the NFL since December 2014.

Last September, a paternity test revealed there was “99.9 percent certainty” he was the father of a one-year-old child with another Ohio woman, per Adam Ferrise of Cleveland.com. The case had previously led to warrants for the NFL player’s arrest after he failed to respond.

TMZ Sports noted Gordon told the court in December he accepted the test results and wanted “reasonable parenting time with the child as agreed upon by the parties.”

All of this coming after he signed his reinstatement to the Cleveland Browns in early March. I guess the 26-year old Gordon has a few more things to worry about than just coming back to the game. I sure hope that we don’t see on the Maury Povich Show… Josh, in the case of two year old baby so and so… You – I guess we’ll have to wait and see.