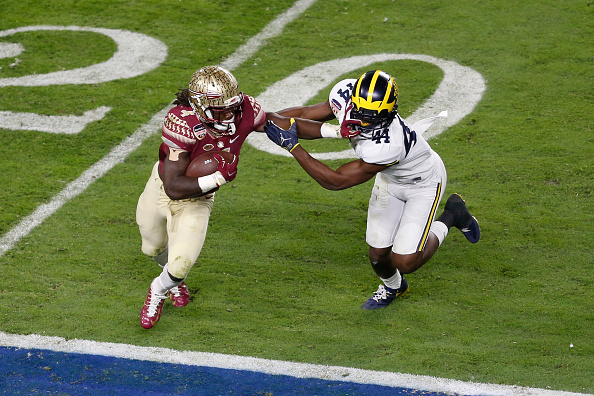 There are also a lot of talented RBs that could go early and if there is one that would seem like a bust I would bet on Cook. Cook had some pretty meager numbers at the Combine for supposedly being in the battle for the top RB in this class.

He’s had off the field problems with multiple arrests, multiple injuries, ball security problems, and problems in pass protection. If he can put it all together and stay motivated he has the potential but there is also the chance he gets lazy and fizzes out. With many other great backs, I may pass on Cook.