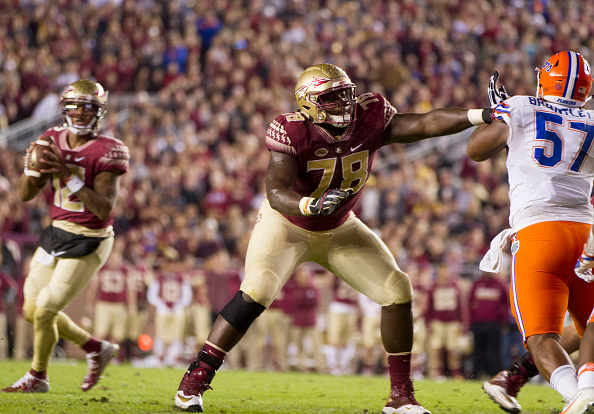 Brantley was one of those players that looked horrendous at the Combine. He didn’t perform well in the physical drills and gets way too upright in his stance and is not going to get the push against stronger offensive lineman. Now he just recently got charged with battery for knocking a woman out and his draft stock will slip.

He may go late in the draft from character concerns but most regarded his play as a day two player so that is why I’ll include him as a bust for doing something so stupid right before the Draft as well.