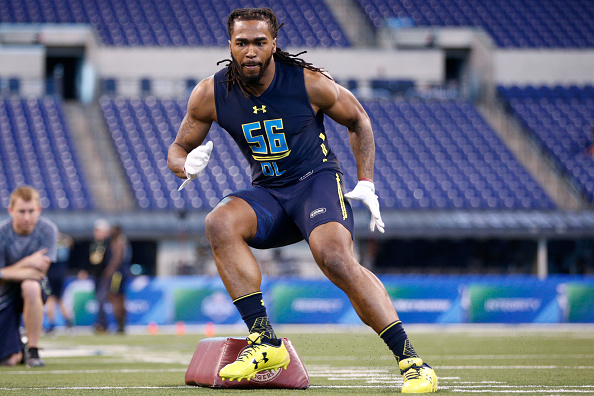 Tim Williams is a major liability for teams in my opinion. He failed multiple drug tests at Alabama and even admitted so afterwards. Then he racked up a gun charge and the red flags are glaring. He is a pass rusher only and asking him to do more than that might not result well on the field either.

At the Combine, he made mistakes in almost every drill and had to redo them and he was towards the end of the rotation. There is no excuse to not be prepared for that. He just has too many problems that I think will get the best of him including at least one drug suspension. I see a lot of Randy Gregory flashbacks.