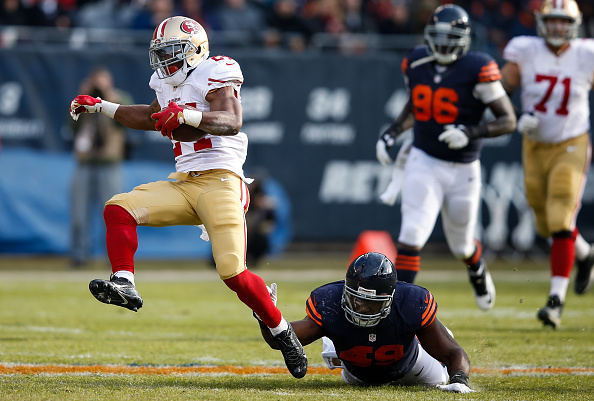 How does a team start 6-1 and end up 6-6 in the final quarter of the season? More importantly, does anyone else see this as odd? Julio Jones and Devanta Freeman have topped the stat charts at their respective positions compared to the rest of the league yet this team is struggling to win ball games. Not sure what the problem is in ATL but it has to change and the Falcons are running out of time.

It seems whenever there is an old fashioned shoot-out, Dree Brees is attached to the header/footer. The Saints were quickly reminded who is the dominant force in the NFC South when Carolina and Cam Newton came out on top after an aerial assault from both ball clubs. Facing another division foe, the Saints take on the Tampa Bay Buccaneers for Week 14.

Who knew Blaine Gabbert has some wheels? The former No.1 overall pick, and now Bay Area QB, has put together some impressive tape for the games he has played in. One thing many would like to see in S.F. would be a decrease in turnovers for the offense.

The only good thing about Week 14 against the Seattle Seahawks – the Ravens are home. Sadly, that’s about the only thing going for Baltimore this upcoming week. Hopefully this team can find develop some of that untapped talent on the roster in these final games.