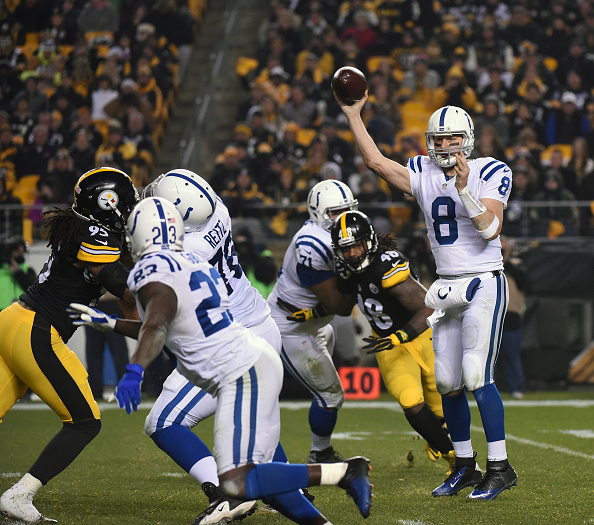 An abusive performance by the Steelers this past Sunday night, and the Colts happened to fall victim the number one offense in the yards per play category. After another tough opponent in the Bengals for Week 14, the Colts will look forward to their division match-up against Houston the following week.

Rough loss for the G-Men in overtime to the Jets in the Battle of New York over the weekend. Madden 16 cover-man Odell Beckham Jr. did his part – 6 catches for 149 yards and a TD. In the argueably the most fragile division next to the AFC South, the NFC East has three 5-7 teams heading into Week 14.

The Bears really should have beaten San Francisco. Jay Cutler had other plans and now the Bears sit at 5-7 with no real hope for the post-season considering their division opponents. If the game against Washington results in another loss for the Bears consider their season over.

Oakland is another team that, as an NFL fan, you really wish would do well. Having the chance to sit at 6-6 and be able to possibly get to 10 wins to turn the season into a winning one would have been a great milestone for the Raiders. However, there are some obvious improvements and the sky is the limit for fans of the Black & Silver.