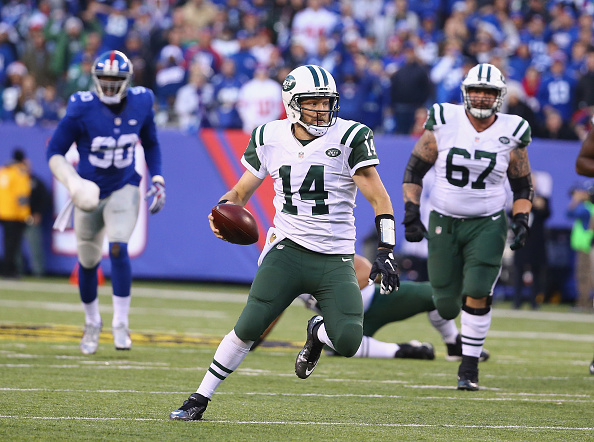 The possibility of New England melting down late in the season are slim to none. However, if it happens and the Jets continue to play solid football the division could end up with a division leader that reads J-E-T-S. Playing Tennessee this week could provide the Jets with some extra momentum heading into the later portion of the season, barring any setbacks against the Titans of course.

Being a Browns fan is rough. What makes it even harder is seeing Sammy Watkins finish with 109 yards and TD. The Bills are hanging around in the playoff picture, but they’re more or less of a photo-bomber taking up as little space as possible in the background. They’ll take on the Eagles for Week 14 and with a victory they could very well elbow their way into the post-season portrait.

Despite some good QB play from signal caller Brian Hoyer, the Texans were unable to match the Bills on offense pound-for-pound. Amassing 10 penalties over the course of four quarter can be damaging to a team’s chances and Houston was fortunate to still have a chance to win until a TD with five minutes left caused the Texans offense to stall trailing by 9 points.

If anyone were to tell me after the Falcons started 6-1 that the Buccaneers were going to sweep them in the division, I probably would’ve asked them how much they were willing to bet on that. Luckily that person didn’t exist and I can keep my ten dollars because Tampa Bay has now surpassed the Falcons in the NFC South and are technically the number two team behind Carolina. Great to see Jamies Winston win some of the critical games early in his career with a not-so-experienced ball club.