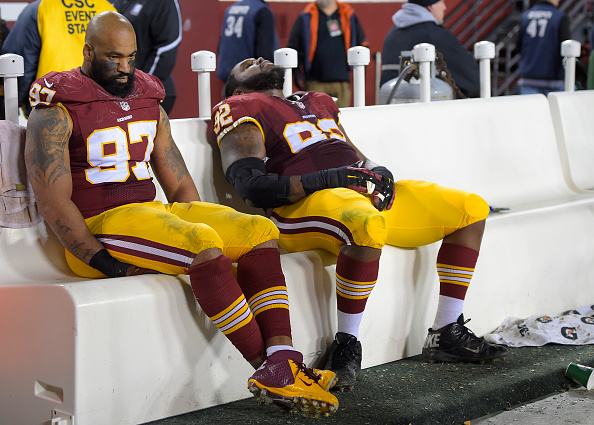 If you were watching the Monday night game you may have caught a few bruising run plays by Matt Jones. Shortage of big plays on the Redskins side of the ball and the drop a loss to a damaged Dallas team. However, they are tied for 1st place in the NFC East.

I can’t imagine how upsetting it is to be Lions fan this time of year – especially after that horrible facemask call that gave Green Bay the chance to set up a Hail-Mary and seal the game.

While last in their division, the Lions have made some extreme progress. If you were finishing up your turkey day breakfast or quick lunch during the first game last Thursday, you may have seen Matt Stafford light up the scoreboard along with his 5 TDs against Philly. Calvin Johnson also proved some more fantasy value finishing a few yards under 100 and snagging 3 catches in the end-zone for TDS.

After snagging his first TD a week before, rookie WR DeVante Parker recorded his second TD along with 63 yards. While the future of the front office is up in the air after this season, the product on the field is starting to show signs of promise.