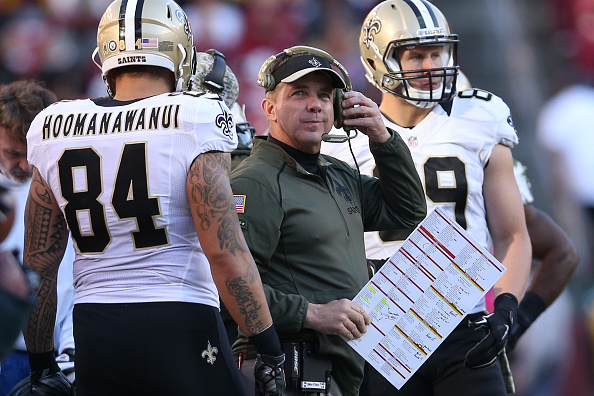 Following the horrific loss the Redskins in Week 10, the Saints told DC Rob Ryan to find his own way back home. Not much going right for New Orleans and Drew Brees and the Saints will take a much needed rest in Week 11 as they have a bye.

When the defense is able to snag 5 INTs, the offense should be able to do enough to secure the win. The Chiefs had the luxury of a damaged Peyton Manning at QB for the other team, and were able to do enough on offense to squeak out a division victory against the Broncos and keep their playoff hopes alive – for now.

With Blaine Gabbert at the helm, who can stop the 49ers? Okay, not a serious question but San Fran looked a lot more efficient with Gabbert under center and will look to give the Seahawks some issues in Week 11.

Like San Francisco, San Diego had a bye this past week and received a small bump up in our rankings. It would have been easy to drop these teams due to their records, but when Philip Rivers is starting at QB it’s hard to count them out without looking week to week. Facing a team with issues of their own, the Chargers will take on the Chiefs and look to improve that loss-weighted record.