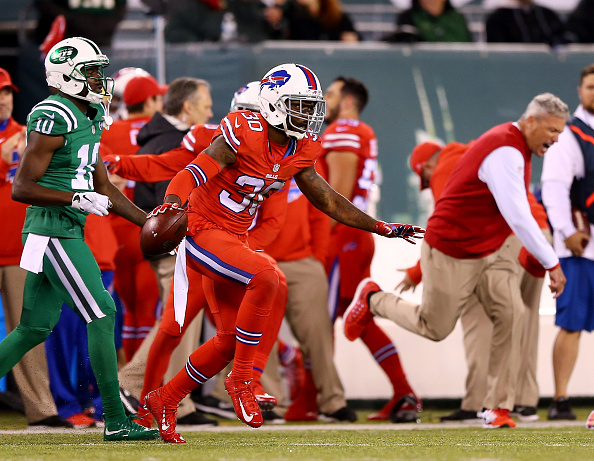 Putting Buffalo and their red-nosed jerseys into the Top 10 may be a bit premature. However, their record helps make a case, and Tyrod Taylor’s mistake-free approach to each week he’s suited up make for a good Rex Ryan-led team. LeSean McCoy had a productive evening in New York last week against the Jets, totaling a healthy 112 yards on 19 carries.

Refusing to drop this team for the time being, but the match-up this week against the Texans will let us all know where this team truly belongs. Chris Ivory was a yard short of a 100-yard rushing day, finishing with 99 off 18 touches.

Like many teams that have gone against Adrian Peterson, the Oakland defense had a tough time slowing down the rushing attack this past weekend. Derek Carr beware – Don’t sleep on the Detroit Lions. Aaron Rodgers did, but the Raiders don’t have the luxury of being a 6-3 after ten weeks such as the Packers do.

Mark Sanchez gets another chance to prove himself as a starting QB in the NFL with the Eagles. Replacing the injured Sam Bradford, Sanchez finished with 156 yards and an INT in the 20-19 loss to Miami. Tight ends Zach Ertz and Brent Celek dominated the receiving stat line for the Eagles, finishing 7-68 and 4-134, respectively.