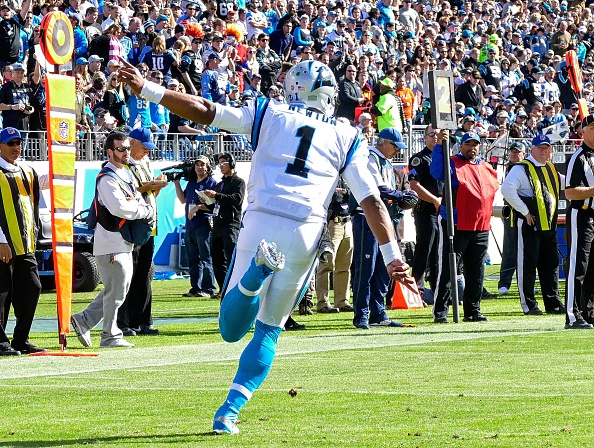 Is there anything Cam Newton can’t do? Throwing for a TD and running for another, Newton and the Panthers have reached 9-0 for the first time in franchise history with the victory over the Titans a week ago. Upset alerts will be in effect as Carolina will take on the Washington Redskins, who are coming off a 47 point offensive onslaught win over the Saints.

“Make (Andy Dalton) look like a Red-Rider BB gun…” – J.J. Watt of the Houston Texans, who was a part of holding the Bengals to just six points on Monday night. How the Bengals will bounce back in a game they will surely have to wake the offense up against the Cardinals this week will be important to this team’s playoff push the rest of the way.

Beating Seattle in Seattle is never an easy task and Carson Palmer, and his 4 TD performance, was up to the task and succeeded. If you’re into fantasy, take a look at acquiring WR Michael Floyd – 7 catches for 112 yards and 2 TDs.

Plantar fasciitis – That may be the phrase that haunts Peyton Manning’s chance of ever lacing up for an NFL team again in his legendary career. Manning was benched after tossing 4 INTs against the Chiefs, leading coach Kubiak to bench the first ballot HOF-er and go with Brock Osweiler as the signal caller for the Week 11 match-up against the 4-5 Chicago Bears. Would have been easy to drop Denver out of the Top 5, but let’s give the kid, and that amazing defense, a chance this week.