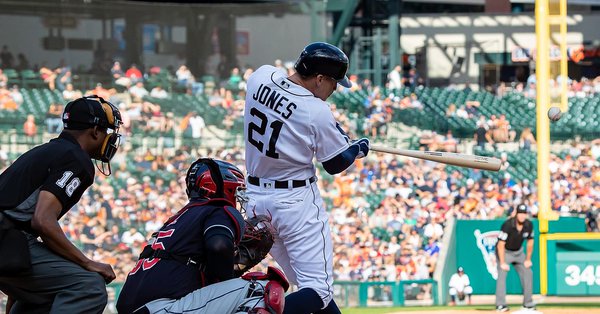 The Tigers originally had Francisco Liriano scheduled to face the Tribe tonight, but because of an allergic reaction that landed him in the hospital, he was replaced by left-handed pitcher Blaine Hardy.

The left-hander was impressive going five innings, giving up four hits, one earned run and getting the win to improve to 4-3 on the season. Tigers closer Shane Green recorded his 21st save of the season.

The Tribe countered with right-hander Mike Clevinger (7-7) who took the loss but pitched extremely well. Clevinger lasted five innings too, striking out eight Tigers, giving up five hits but a costly two run homer in the third inning that proved to be the difference.

The Indians lone run came in the second inning after Jason Kipnis singled to right to bring home Yonder Alonso. After that the Tribe couldn’t seem to muster up any offense, finishing the game with one more hit after Hardy was relieved.

Here are a few quick notes from the Setback