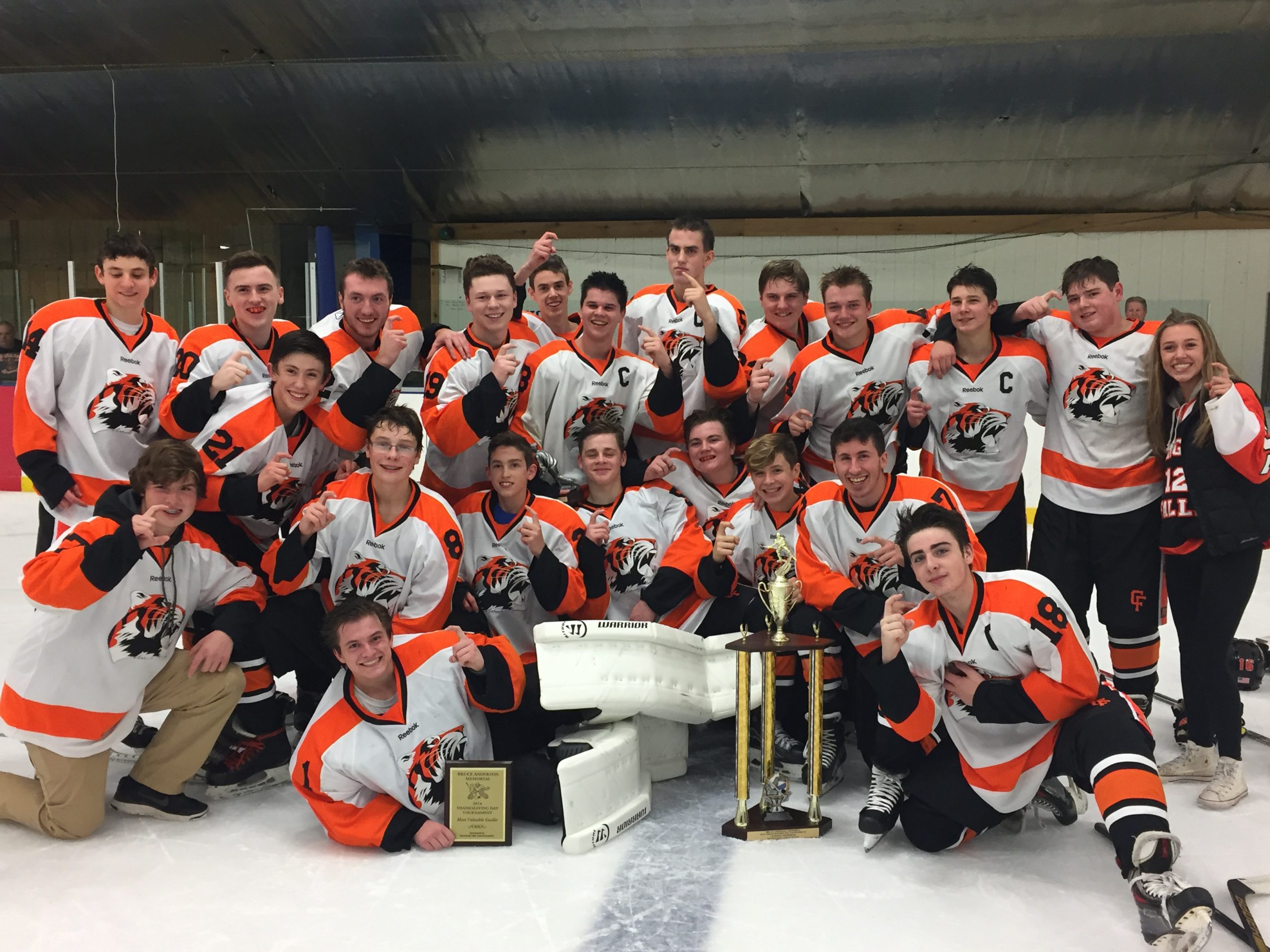 PARMA, OHIO – The high school hockey season in Northeast Ohio got underway this past weekend, and one team making an early statement as they look to improve on last season were the Chagrin Falls Tigers.

Following a 2015-16 campaign in which they went 10-17-4, the Tigers went out over the holiday weekend and beat three foes on their way to winning the Bruce Anderson Memorial Hockey Tournament, hosted by the team they beat on Monday, the Normandy Invaders.

Monday night they topped Normandy 7-1, using their size and speed to turn a close game early on into a six-goal win by the time junior forward Daniel Bellini put in the final goal with :27 seconds left.

Tigers senior defender Matthew Rice was named MVP of the tournament, and teammate goalie Ben Winovich also was given an award after an outstanding effort in the championship game in which he turned away 27 Normandy shots.

Normandy will for sure be a force in the Blue North of the Greater Cleveland High School Hockey League in 2016-17, as their duo of forward Brennen Sutton and goal scorer Alex Franke are going to give coaches a lot of sleepless nights.

The two combined for the only Invaders goal in the loss on Monday, Franke getting the goal and Sutton the assist to tie the game at one 8:49 into the first period after the Tigers took an early 1-0 lead on a goal from senior forward David Herpst.

The game was tied after the first period at one, with the Invaders getting the slight edge in the shots on goal 9-7.

The momentum swung to the Tigers in the second period, as they scored a power play goal after Normandy was called for a hooking minor with 12:51 to play in the period.

Senior forward Schaffer Berg got the goal, with 12:17 to play, putting the Tigers up for good as they took a 2-1 lead. Tommy Mallak was credited with an assist on the Berg goal.

The game totally swung to the Tigers at the end of the second, as a scrum at the net in the final seconds netted the Tigers their second goal of the period with one second remaining to give them a 3-1 edge.

Sophomore forward Matt McCuskey got the goal, and it gave the Tigers all the confidence they would need heading into the final 15 minutes of play.

In the third they put the game away quickly, as just :54 seconds in Herpst scored his second goal of the night to make it a 4-1 Tigers lead.

Rice scored the prettiest goal of the night with 7:20 left in the game, as he pulled in the puck and hit a beautiful shot on a tough angle past Normandy net minder Alexis Ryan making it a 5-1 Tigers lead.

With the game no longer in doubt, the Tigers added two more to end the night, a short-handed goal by Berg with 2:16 left and Bellini’s goal in final 30 seconds to clinch the win.

Chagrin Falls ended the night out shooting the Invaders 28-21 in the win.

The Tigers open league play against Brecksville in Brooklyn on Sunday, December 4th at 6:45pm. The Invaders will play Saturday night at 6pm at Garfield as they take on Twinsburg.

Click Page 2 to See More Pictures From the Title game between Chagrin Falls and Normandy!