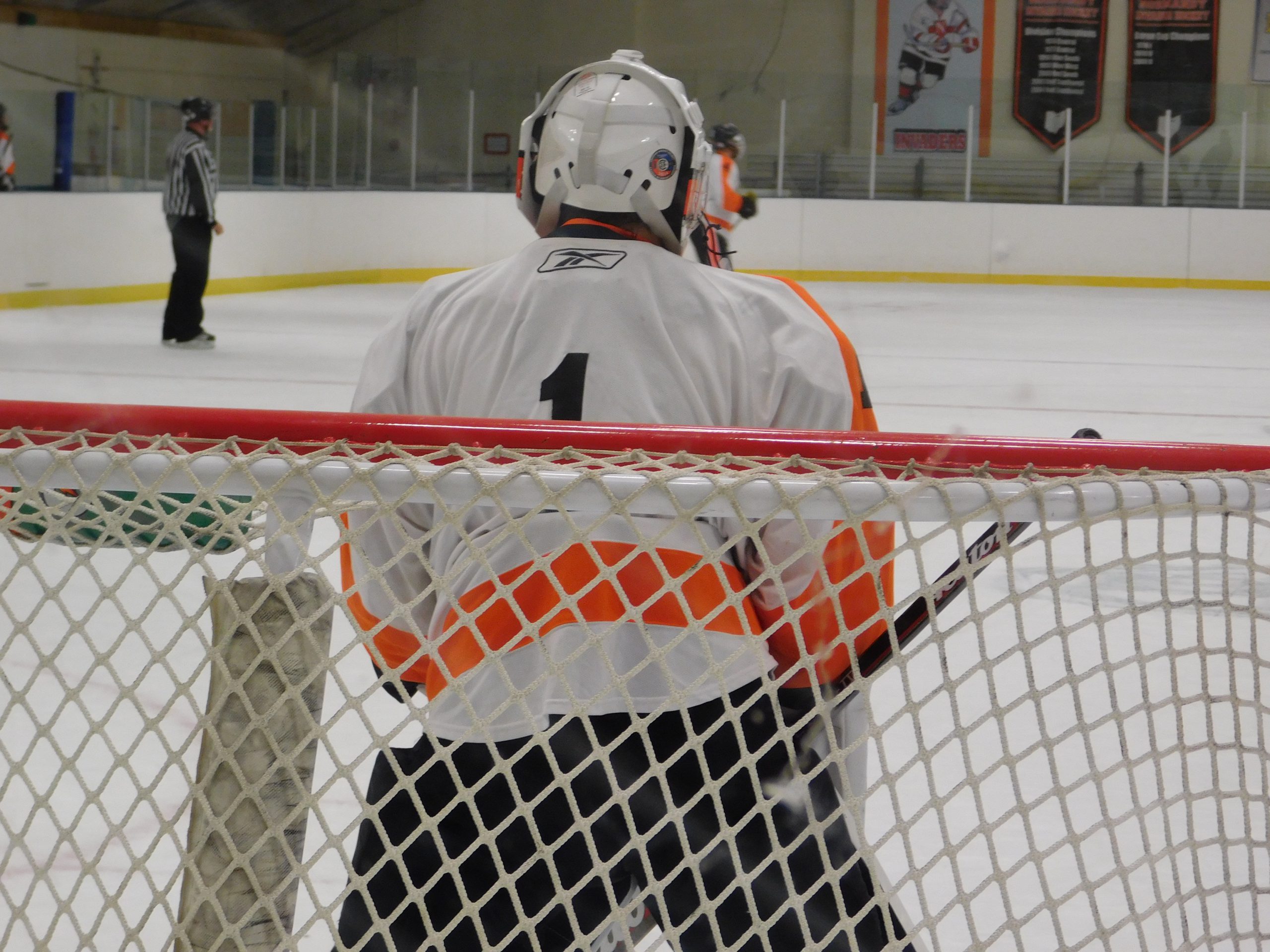 Replacing one of the state’s best goaltenders is tough. Giving up two goals in the first 4:30 of the game and still giving your team a shot to win is even more difficult.

Chagrin Falls Goalkeeper Ben Winovich did both of those things Saturday night in the Tigers‘  5-3 victory over the Avon Eagles in the second round of the Bruce Anderson Memorial Tournament. The Junior overcame a rough start to the contest to come up with 36 saves behind a very experienced Chagrin Falls team that returns 14 lettermen.

The scoring started quick for the Eagles when Senior Forward Zach Zwierecki nabbed his first of three goals only 34 seconds into the game. Zwierecki gave the Eagles a two goal advantage four minuets later scoring on a breakaway. Chagrin Falls controlled most of the first period, only allowing 5 shots on net, but Zwierecki managed to take advantage of two quick opportunities.

Chagrin Falls roared back in the second period with back to back goals of their own. Forwards David Herpst and Joe Conway notched goals giving the Tigers their first lead of the evening with just over a minute left in the period.

In the waning moments of the second period, Zwierecki finished his hat trick and knotted the game up at three with a goal in traffic in front of Winovich.

That would be the last goal the Chagrin Falls net minder would give up for the evening.

At the beginning of the final period, the Eagles came out with a more physical style. For the opening minutes, it worked. Avon spent the first half of the period in the Tigers’ zone, peppering Winovich with shots. Eventually the physical style caught up with the Eagles, resulting in back to back power play opportunities.

On the second power play, Senior Defensemen Tommy Mallak found the back of the net in what would be the deciding goal. Conway would add his second goal into an empty net in the closing seconds of the game.

Chagrin falls will face the Normandy Invaders in the final of the the the tournament Monday at 8:30 at Ries Arena in Parma.