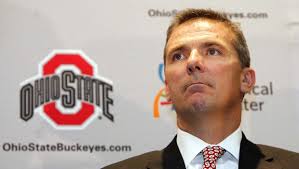 Back in Jeff and I’s season preview, I highlighted the defense as a strength of this team, but even I didn’t think it’d be this good.

It’s obvious that the Bucks haven’t played top-notch programs just yet. They’ve taken on Virginia Tech on the road and Hawaii and Northern Illinois at home.

In the past two weeks, Ohio State has not been able to move the ball at any rate. Not only that, but the team’s offense hasn’t been able to put points on the board either.

But the defense has. In back-to-back games, cornerback Vonn Bell and linebacker Darron Lee have scored touchdowns for the Bucks.

Both plays were momentum shifters, especially in the case of Lee, whose 41-yard pick six ended up being the difference in Saturday’s tight win over NIU.

The Bucks still need improvement in stopping the run, but the secondary has done an excellent job locking up their opposition’s wide receivers.

Bell, who has five pass deflections on the year, has an interception. His fellow defensive backs, Tyvis Powell, Gareon Conley and Eli Apple, each have a pick of their own as well.

As a unit, they rank sixth in the country and are allowing only 119 yards on a 45 percent clip to opposing quarterbacks.