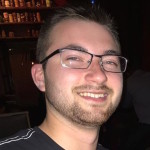 It’s been an uphill battle so far for Urban Meyer and the Ohio State Buckeyes.

A quarterback situation that was a “pick your poison” of sorts for opponents entering the year has proven to be self-inflicted venom for the Buckeyes, as Ohio State sits 105th in passing yards per game thus far.

Cardale Jones can’t get on the same page as his wide receivers and has more interceptions in than he did last season three games into the year. J.T. Barrett played his worst game as a Buckeye since going into Happy Valley in a night game last year as a freshman.

And neither Jones nor Barrett is getting a chance to make something happen due to the poor play of the offensive line.

Now, luckily, Ezekiel Elliot hasn’t lost a step and Michael Thomas has been an excellent security blanket for both quarterbacks—and that’s how the sinking ship has managed to stay afloat.

But aside from the negativity and controversy, there has been a constant for Ohio State—the defense.