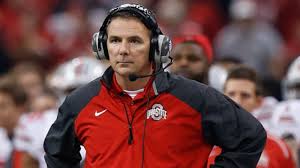 This season is reminding me of an old school, Tressel-led Buckeye team so far. It’s a run-heavy offense with a decent quarterback (at the moment) and a defense that’s looking to earn the respect of everyone in college football.

Odds are that it won’t stay this way for long, and for the Buckeyes’ sake, I hope it doesn’t. The game has drastically changed from 10 years ago and it just won’t work.

But for now, the defense is stepping up to the challenge, and that—not a quarterback controversy—is what everybody should be talking about.