Akron Gets Trounced by Penn State, 52-0 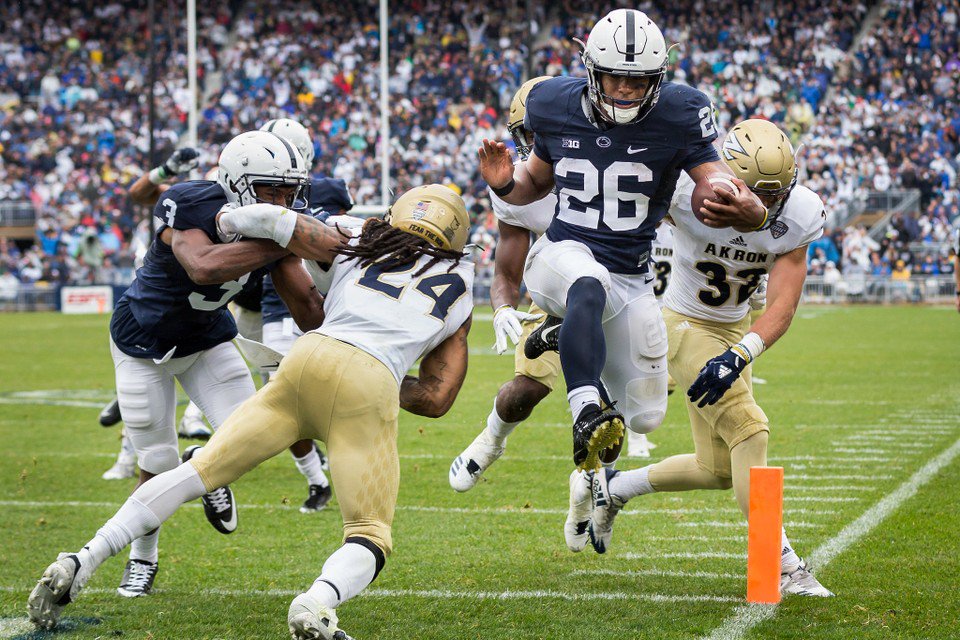 STATE COLLEGE, Pennsylvania– The Zips opened up their season by traveling to Penn State Saturday afternoon to take on the sixth-ranked Penn State Nittany Lions.

The three hour bus ride from Akron to State College had to have been more enjoyable than what ensued during the game, which was an ugly bloodbath. The Nittany Lions shut out the Zips, 52-0, en route to their first win of the season, giving the Zips a loss to begin the year.

Right from the start, the Zips were noticeably outmatched on both sides of the ball.

Senior Akron quarterback Thomas Woodson, playing his first game since offseason shoulder surgery, couldn’t get much going on offense as the Penn State defense was stifling, getting pressure on Woodson and not allowing him time to find his receivers.

This continued all game long as the Akron offense only racked up a measly 160 total yards on offense, compared to Penn State’s 569 yards of total offense.

After their first drive ended in an interception in the red zone by Akron’s Zach Guiser, Penn State scored with 8:13 left in the first quarter on a punt return TD by DeAndre Thompkins and proceeded to never look back, pouring it on the Zips.

Woodson was pulled in the late third quarter while the game was already plenty out of reach going 12-of-23 for 71 yards passing and one INT in his first game back. Probably not how Woodson wanted it to go.

The Akron running game didn’t contribute much either as starting running back Warren Ball ran the ball 13 times for only 27 yards and backup QB Kato Nelson carried it nine times for 40 yards.

Akron’s inability to get the offense moving forward was a struggle as it resulted in multiple three and out’s which quickly put their defense back on the field to face the Nittany Lions power house offense.

The Nittany Lions on the other hand poured it on all game, getting whatever they wanted on offense, as QB Trace McSorely picked apart the Zips defense with precise passing as he went 18-of-25 for 280 yards and two TDs. McSorely was also a threat on the ground as well as through the air, as he ran the ball 12 times for 48 yards and a TD. Running back Saquon Barkley added 172 yards and two TDs on an efficient 14 carries, which included an 80-yard run right before the half.

All-American tight end Mike Gesicki was McSorely’s favorite target as he brought in six catches for 58 yards and two TDs. Wide reciever Juwan Johnson was also a threat through the air as he hauled in four passes for 84 yards.

Being the sixth-ranked team in the nation, Penn State is clearly on another level compared to Akron, but the Zips surely wanted to come out and put up a better fight than they did on Saturday.

They’ll have to have a short memory and forget this game, as they head home to host the Arkansas-Pine Bluff Golden Lions next week in hopes of getting their first win of the season.