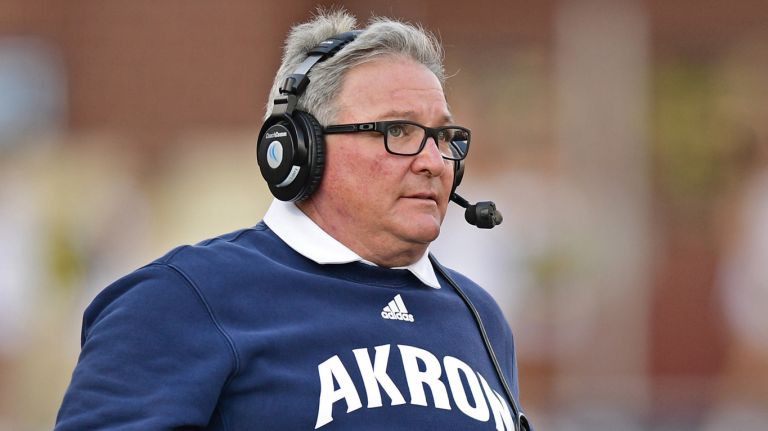 The Akron Zips announced on Sunday that Head Football Coach Terry Bowden will not return to lead the Zips football program next season after the team went 4-8 overall and 2-6 in the Mid-American Conference this season.

“I would like to thank Terry Bowden and his coaching staff for their dedication and passion to rebuilding the Akron football program,” Akron athletic director Larry Williamss said in a statement.

“Certainly, Terry and his staff have brought respectability to the program over the last seven years. However, after undertaking a thorough review of the entire program, and in consultation with the President and Board of Trustees, it is clear that we need to make a change if we are going to consistently achieve at an even higher level. Akron Athletics greatly appreciates all that Terry has done for the University, and we wish him the best moving forward.” Williams said that the University will immediately begin a national search for a new head football coach.

Bowden just completed his seventh season at The University of Akron. He was named the 27th all-time head coach on December 22, 2011, but he is just the seventh person to hold the position since 1960. During the 1986 season, he was an assistant coach for then-Head Coach Gerry Faust.

“I want to thank all of my assistant coaches, support staff, and players who helped turn this program around, especially our Senior Class which was one of the most productive in our Division I history. It’s been one of the greatest joys of my life to come to Akron and build this program, but also for the great relationships I have established. I am blessed to have the greatest fellowship of friends here in this community. I want nothing but the best for the University of Akron and all of Zips Nation.”

Bowden went 35-52 in seven seasons at Akron, taking the Zips to a MAC East division title in 2017.

His and the teams’ high point this past season was back on September 15th as Akron upset Northwestern, which went on to reach the Big Ten championship game.