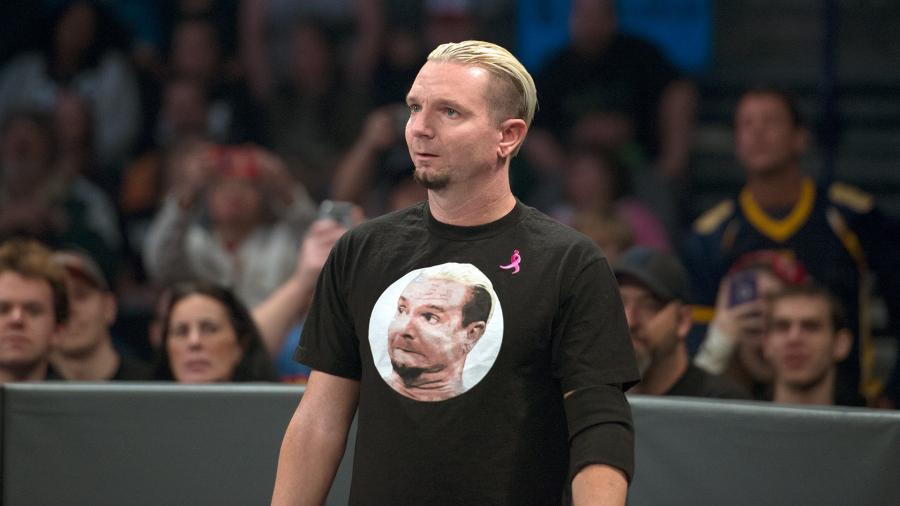 Last Tuesday, James Ellsworth was released by the WWE. Ellsworth came in at first as just a local enhancement talent (jobber) and was not expected to get a contract with the WWE.

After making his first appearance when he was defeated by Braun Strownman, Ellsworth came back a few months later as part of the Smackdown brand. Ellsworth was a mystery tag team partner for AJ Styles.

Ellsworth proved that when given any opportunity, take advantage of it because you never know where it could lead you. Ellsworth was not expected to last as long as he did in the WWE. He lasted over a year with the company and made for entertainment one way or another.

According to reports by IWNerd.com, James McKenna and Ryan Satin revealed the plan for Ellsworth on the latest episode of Wrestling Sheet Radio. The plan was for James Ellsworth to face Charlotte Flair at Wrestlemania 34 for the Smackdown Women’s Championship.

McKenna mentioned that these plans were in store as recent as August. The idea was for Ellsworth to say that he was transitioning and identifies as a woman. Since Ellsworth would be saying that, it would give him the right to challenge for the Women’s title.

The idea came from the WWE Chairmen, Vince McMahon and was being heavily considered.

Satin referenced an interview with Triple H also, the interview involved him talking about Ellsworth grabbing the Women’s Money in the Bank briefcase earlier this year.

“I wasn’t there, but it doesn’t seem right, although we are still trying to confirm that James Ellsworth is 100% a man.”