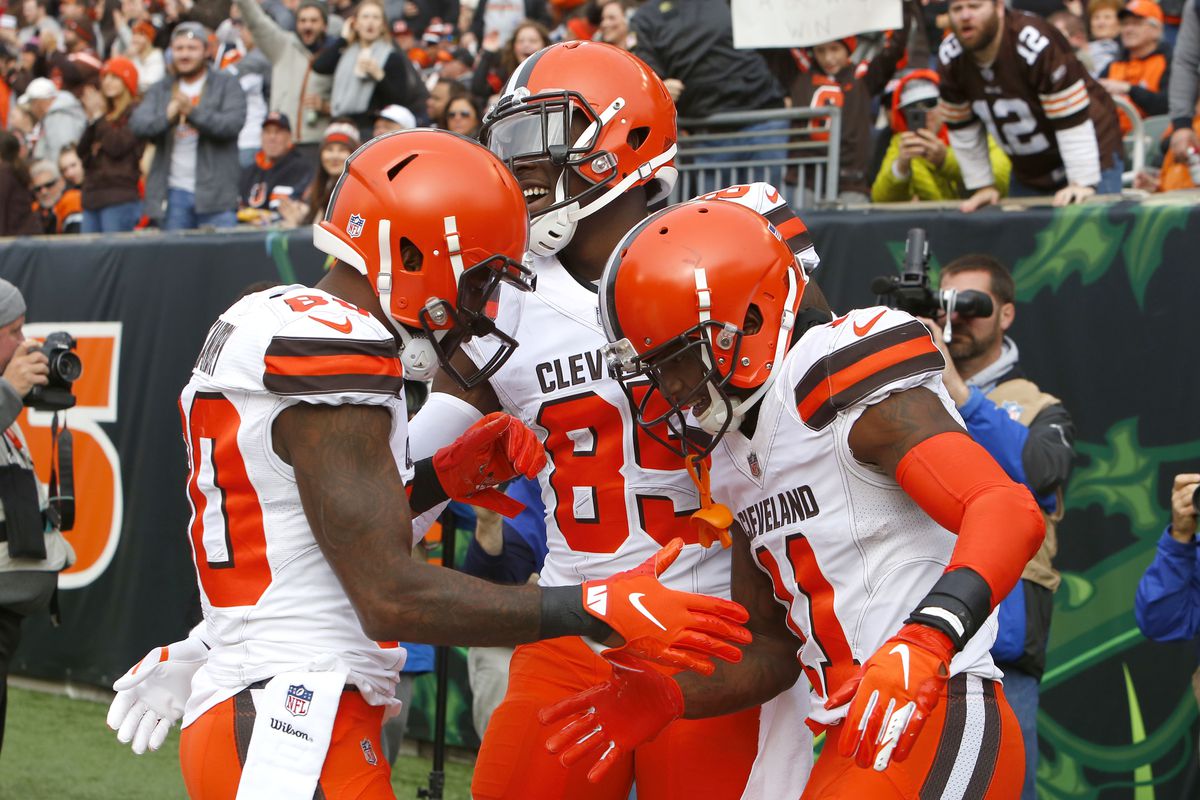 The Cleveland Browns deserve a high-five for their win against the Cowboys yesterday.  Oddsmakers didn’t give the team the benefit of the doubt, despite having a winning record heading into the game and the fact that the Cowboys already took two losses this season.  The NFL odds clearly had the Boys taking the game, but the Browns had a few tricks up their sleeves, and made all the negative talk disappear.  Now with a 3-1 record, the Browns are looking sharp.

The Browns and OBJ Get It Done

The Browns have now won three games in a row after yesterday’s 49-38 victory.  They had been looking at +190 on the moneyline heading into the game – compared to the -228 for the Cowboys – and Cleveland didn’t let its fans down by pulling off the underdog victory.  It was, at one point, close to going the other way, had it not been for Odell Beckham, Jr. and his offensive power and talent.  With the score 41-38, OBJ blew away every defensive player who tried to stop him, rolling into the end zone for a 50-yard touchdown and another black eye for the Cowboys.

That run was part of a perfect day for OBJ.  He ended up getting started early in the game with a TD run and ended with 81 yards receiving and 73 yards rushing, with several TDs to his credit.  If he had scored once more in the game, he would have matched in one game his total from all of last season.

The Browns Defense Was On Fire

Defensive end Myles Garrett was doing on defense what OBJ was doing on offense – dominating the field.  He stripped the ball once as he took out Cowboys QB Dak Prescott, and would end the game with two sacks, one on just the second play from scrimmage.  He forced two turnovers, both of which resulted in a TD for the Browns, and Dallas was suddenly wondering what had happened.

Because of the offensive and defensive domination, the Browns have now achieved something they haven’t done since 1968.  They have taken three straight games with at least 30 points in each, and this year’s team is looking a lot more solid than it did last year.

It Wasn’t All Good News

While the team was outperforming itself once again this season, it suffered a blow that will be felt for a couple of weeks.  Running back Nick Chubb went out in the first half of the game with an injury to his MCL, and is expected to be out for at least three weeks.  The good news is that he should be able to return and get back into the game.  He’s now on injured reserve while undergoing tests and treatment.

Chubb is a powerhouse the Browns don’t want to have to play without.  Despite being sidelined yesterday, he still sits in second-place in rushing yards this season after having racked up 335.  Hopefully, he will be able to return in good health.  In the meantime, Kareem Hunt and D’Ernest Johnson are going to be expected to fill the void.

The Browns Lead The Boards

Chubb’s performance is just one of the highlights for the Browns this year, adding to a list that gives the team the NFL lead in rushing yards this season, with 818, the lead in average rushing yards, at 5.88, the lead with eight rushing TDs and the most points off turnovers at 45.  They also have the most takeaways – ten – and the most forced fumbles, at seven.