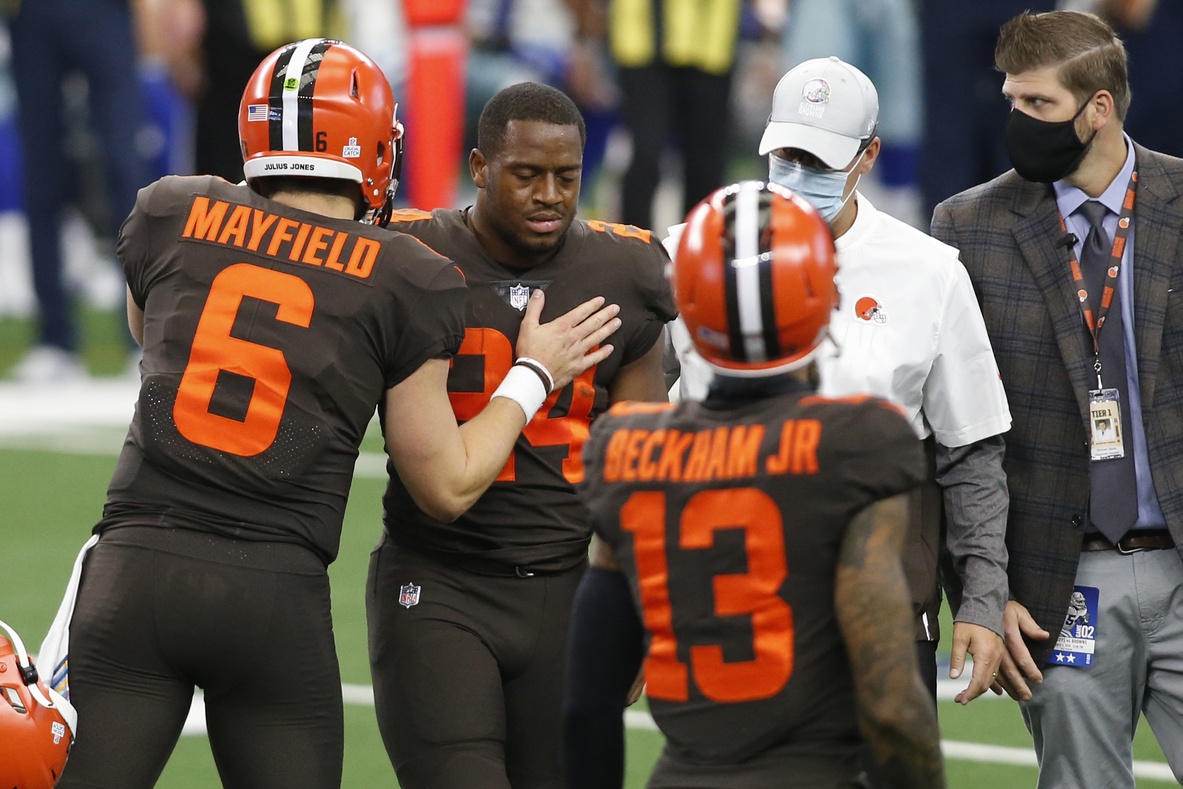 Browns running back Nick Chubb is going to be on the shelf for awhile, as today the team announced that he’s got an MCL injury to his right knee.

The injury was suffered during Sunday’s win over the Cowboys in Dallas. Head coach Kevin Stefanski said today that the team will place Chubb on injured reserve, but that he expects him to return at some point this season.

“Knowing Nick, he’s gonna work very hard in rehab. I know that’s hard to see your teammate go down like that; but knowing Nick, he will work his butt off to get back,” Stefanski said.

Chubb will miss about six weeks worth of action according to ESPN’s Adam Schefter.

The Browns didn’t miss a beat without Chubb rushing the ball Sunday, as the team finished the game with 307 yards on the ground.

Kareem Hunt is expected to be the feature back with Chubb out, and D’Ernest Johnson who had 95 yards Sunday will be the primary backup.

Odell Shows Out in Dallas, Browns Go To 3-1 After Beating Cowboys 49-38
The Browns Win Against The Cowboys Show That They’re Playing For Keeps