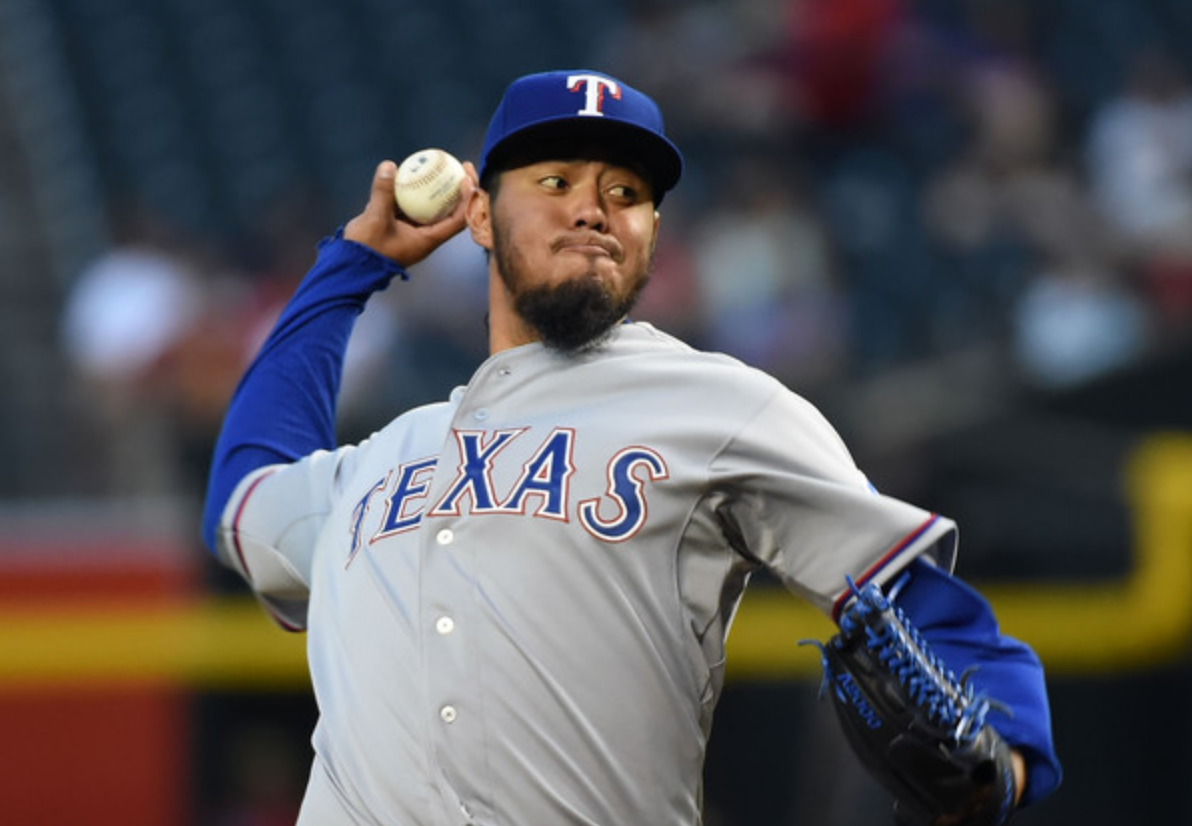 ARLINGTON, Texas– The Cleveland Indians could not muster any offensive momentum on Sunday in the 123-degree heat against the Texas Rangers.

After the Indians scored a combined 25 runs over the last two days, Texas starting pitcher Yovani Gallardo was able to wind back the clock and put together his best outing of the year to stifle the Tribe bats in the Rangers’ 5-0 shutout win.

Here are three takeaways as the Tribe gets ready to head back home to face the Pirates in a 3-game set.

1. Gallardo’s start of the year and Cleveland’s missed opportunities

Gallardo gave up a season-low three hits in six scoreless innings. It was the first time Gallardo has pitched six or more scoreless innings since August of 2015. He had just one strikeout and four walks, but as manager Terry Francona said postgame, he did a good job of pitching to contact and keeping the ball off the barrel of the Tribe’s bats.

Overall against Rangers’ pitching, the Tribe was also held to 0-for-7 with runners in scoring position. And even in the eighth inning with bases loaded, the Indians were unable to drive in a run.

Gallardo was backed up nicely by Rougned Odor, who went 3-for-3 at the plate with a home run and three RBI.

He got the Rangers on the board in the third with an RBI single, and later recorded a sacrifice fly in the fifth, putting up the only two runs on Indians starter Mike Clevinger. Sunshine went 6 2/3 innings, striking out seven, giving four hits, those two earned runs and four walks.

After Clevinger exited, Odor homered in the eighth inning on an 0-1 slider from Oliver Perez, tacking on an insurance run.

Rua came off the bench as a defensive substitution in the top of the eighth inning, and in his only at-bat of the game made Neil Ramirez pay for an 0-1 slider that didn’t break enough and wound up in the middle of the zone:

☝️ at-bat was all Ryan Rua needed to put one over the fence!#TexasRangers pic.twitter.com/DDj7z374pL